A concoction of deodorant fumes and fermented cafeteria food smells, mixed with the blood, sweat, and tears of fellow classmates, makes for an effective atmosphere for biological mutation. You’ve heard of the Homo sapiens and Homo erectus; now get ready for the Homo overachieviens.

English teacher Mr. Newt Tiescher first discovered this phenomenon when he observed a student’s extreme procrastination. “One of my students completed his entire author thesis project the day before it was due,” he said. “He didn’t sleep that entire night, but he looked fine, and he got an A on his paper. That’s when I knew something was wrong.”

Tiescher immediately called in authorities when that student admitted his classmates also were not sleeping at all for months at a time to keep up with deadlines, and it was a shock to Tiescher when he found out students relied on energy drinks to keep them awake.

“It started with an all-nighter, then two all-nighters, and then I found I didn’t need to sleep at all,” the student recalled, while reading through his history textbook, training for the upcoming basketball season, and eating dinner simultaneously.

Scientists then decided to sort these “super-students” under a different classification. Behavioral psychologist Dr. Ima Docturgh explained the traits of a Homo overachieviens: “They’re ridiculously ambitious and accomplished, as well as talented multitaskers. Other indications include procrastination, perfectionism, and caffeine abuse.”

Now that Tiescher is aware of these superhumans in his class, he has been observing them more closely. “They run on stress and caffeine like cars run on gasoline,” he described. “Somehow, the human species has taught itself to, under pressure, withstand weeks without sleep, food, or hygiene.”

“We are breeding a generation of superhumans, and my daughter is part of it,” commented the parent of a junior. “I hope this looks good on her college application.”

Although this is a turning point for the human evolutionary tract, the students themselves are not surprised.

“I’d believe it. I don’t think adults really understand how much stress we go through as students. Weird things happen when you pull four all-nighters in a row, and ingest a vat-worth of Red Bull and a palm full of Adderall,” said a junior, who requested to remain anonymous. “I don’t want colleges to find this interview. They don’t like negative attitudes,” said the student.

“It’s like a competition to see who’s the most well-rounded. Like, I don’t play an instrument, so I have to be really good at art to make up for it,” she explained.

These superhumans do have their faults, though. Docturgh described some of the side effects of Homo overachieviens: “As of now, they seem docile enough… but I would suggest you stay well out of their way the month before finals week. They tend to get, uh, pugnacious.”

The high school witnessed this aggression last year, when a stressed student bit a finger off of a peer who interrupted his studying before the biology midterm. In another instance, a group of students threw shoes at a girl who sneezed during a cumulative.

While this scientific breakthrough was first discovered at Wellesley, it appears this phenomenon has cropped up globally. Take, for instance, Emily Pankhurst, 20, at the University of Canterbury, who forgot to change her tampon for nine days and nearly died of Toxic Shock Syndrome.

“She was busy studying for her final university exams,” disclosed The Daily Mail.

“Emily has her priorities straight,” declared a Wellesley senior.

“Did she pass the exam?” asked her friend.

Doctors say Pankhurst exhibits typical behavior of the Homo overachieviens, and may conduct further research on her.

“It’s really important that we study these cases as thoroughly as possible,” said Docturgh. “This could be the beginning of a more focused, more resilient human race.” 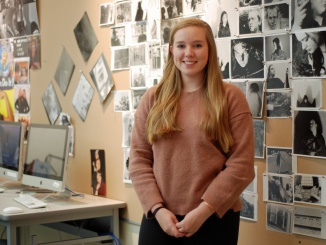 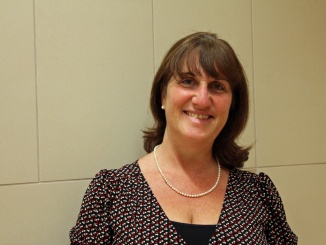