On March 11, Patrick Lotor ’19 discovered something strange in the Wellesley High School locker room. The time was 2:47pm. Lotor was preparing to change from his school-clothes to his workout-clothes. He was eager to start pumping iron and getting big in the school fitness center.

First, however, Lotor realized he needed to go the bathroom. Seeing as how a bathroom is directly attached to the boys’ locker room, he (logically) decided to use the attached bathroom.

The day was Lotor’s first time in the locker room, seeing as he had never before worked out in the fitness center. Because of this, Lotor was not accustomed to the smell.

“Man,” joked Lotor. “It smells like something died in here.”

It was at that moment that Lotor found that something legitimately had died in there. A deceased raccoon fell from the ceiling, slipping itself from the crack between two ceiling tiles. The raccoon fell into Lotor’s unflushed urinal.

“I haven’t seen such a sickening, repulsive, sight in my life,” said Timothy O’Bryant ’18, a student in the locker room who witnessed the deceased raccoon in the urinal after it dropped from between the ceiling tiles. “It was mighty strange.”

One student had a different opinion after witnessing the raccoon: “It was dank. I haven’t seen a raccoon in years,” said Benjami Stewart ’17. “See, I used to have one as a pet, a couple years ago, ‘till I mistook it for a fat newspaper.”

Lotor, the student urinating at the time of the incident, was startled, and stepped away from the urinal just before the raccoon landed in it: “It was a close call,” said Lotor. “I’m just glad I got out alive.”

The school administration learned quickly of the incident, mostly due to the large masses of boys running out of the locker room partially undressed: “Hey, when there’s a dead raccoon within a close proximity of you, I don’t care if I’m not wearing pants,” said a freshman who asked to remain anonymous.

The school custodians quickly disposed of the animal and are investigating into how it managed to enter the school and die.
Guidance Counselors are available for students seeking guidance or need of emotional assistance. The entire administration and student body hopes this type of incident does not happen again. 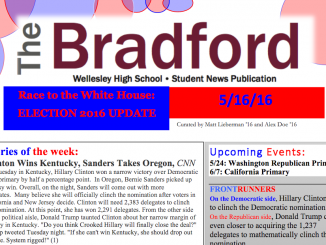