In the beginning of May, the Friday Morning Announcements Question of the Week disappeared, and two seniors appeared on the screen, performing a skit that advertised the Wellesley High School Film Festival.

The Film Festival had nine categories, among them animation, comedy, and PSA. The best of the categories were eligible for awards such as Most Artistic/Creative, Best Editing, and Best In Show.

“We have received quite a few submissions. A few of them are from the TV/Video class and a couple are [from people] who pursue film as a hobby have come in and have submitted some really good stuff,” said McHenry.

Benjamin Lussier ‘19 was one such participant. He submitted “The Pencil Wars” with Blake Harju ‘19, which won the Best Animation award. Lussier enjoyed seeing the other submissions. “It was really good. It was good to see other people’s animations and how much work they put in,” he said.

Like Lussier and Harju this year, McHenry and Harris both won awards at the festival last year and decided almost immediately afterwards to run the Film Festival for their senior project.

“Cole and I both participated [last year] and he won “Best Animation” and I won “Best Creative and Artistic.” Immediately after that we discussed and basically said ‘Dude, it would be really cool if we could both run it next year,’ and I wasn’t so sure at the beginning, but we managed to pull it together and we are pretty proud of it,” said McHenry.

Taking their decision seriously, both McHenry and Harris put a colossal amount of work into promoting and running the festival.

“This year we were trying to do a lot of advertising and we opened our doors to let people come in and help with conceptualization and help with editing or filming with the crew,” said McHenry.

Running the Film Festival played to both McHenry’s and Harris’ strengths.

“I really like planning and organizing things [and] I like making people happier, so by hosting a film festival and have it run smoothly and have a lot of content that kept people entertained, that made me feel pretty good,” said Harris. “Luke did most of the editing as he is more versed in [the editing program Premiere] than I am.”

Overall, Mchenry and Harris thought that the festival went well.

“I thought it went fantastically, actually. We were able to keep a lot of the audience engaged and more importantly, we stayed on track for time. We didn’t go past 2:30, and we had a lot of submissions that really helped us add some variety to the festival,” said Harris. “To have it finally come together is really, really, nice to see it all work and have it not only function, but function well.” 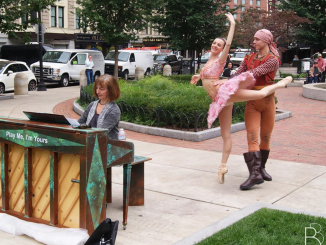 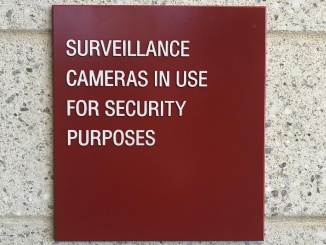 Reacting to the gun violence