By Christie Yu ’18, Editor in Chief of Web

While Hollywood producers can take years to make a movie, Improv Troupe can do so in one weekend.

Over the weekend of May 13-15, Improv Troupe participated in the national 48 Hour Film Project challenge, in which a group of about twenty students filmed, edited, and produced a movie.

The challenge started on Friday evening, when the group met up at the high school to discover their prompt, which included two genres, a character, a line, and a prop.

In any given hour during that weekend, one could find students sitting in the orchestra room, discussing ideas, memorizing scripts, and filming scenes. As Will Fulginiti ’18 accompanied Chris Mykrantz ’16 on the piano to practice a musical composition, scriptwriter Celeste Amidon ’16 described the process of brainstorming:

“Our genres were silent movie and sports movie, so we unanimously decided on a sports movie. After spending an hour writing different sports we might want to choose from, we all decided on apple-bobbing,” said Amidon. “We had a couple things: we had to use an envelope, we had to use the line ‘what’s that supposed to be,’ and we had to use a connoisseur called Paulette or Pierre. So the writers went home and wrote scripts based on that.”

Although some of the ideas or even prompts may seem silly, they are part of why Improv Troupe members return to the challenge every year.

“Some of the ideas are so bad they’re funny, and that’s what makes this so fun. It’s just throwing a lot of absurd ideas we know we’re not going to use,” said Improv Troupe member Sam Weinberg ’16, who has participated in the 48 Hour Film Festival for three years.

While writing, Amidon was inspired by character tropes portrayed in sports movies. For instance, the film’s protagonist is a “Fallen King” archetype, which she describes as “once the hero in sports, then fell.”

“The main character has been out of the game a while, and then his friend comes and tells him his wife, who left him after he fell from grace, is judging. This is going to be his opportunity to redeem himself against his nemesis, Bucktooth Billy, and win back his wife,” summarized Amidon.

After deciding on the script, the group returned Saturday morning to begin filming at different locations in Wellesley.

“Filming is pretty hard work; it takes longer than you would think,” said Weinberg.

Later, the actors took a break as Eric Hershelman ’16 began editing the movie clips. Hershelman, who was requested to help produce the film, took TV/Video last year and is currently a TV/Video Intensive student and teaching assistant.

“The editing pretty much takes all night, and we finish in the morning,” said Weinberg.

The movie then moved on to judging, where a panel of regional judges considered Artistic Merit, Technical Merit, and Adherence to the Assignment of the project. The Best Film of each city will be screened at Filmapalooza 2017, the 48 Hour Film Project Awards Weekend.

As for Weinberg’s favorite part of the entire process, he said he enjoys the atmosphere of the project.

“My favorite thing is probably the downtime that we have Saturday night, while the editor’s editing,” said Weinberg. “We pretty much have the school and sometimes we watch movies in the auditorium on a big projector screen, or some people bring scooters and scooter along the hallways. We just hang out. It’s a lot of fun.”

OPINION: “Does Your Generation Have Too Much Self-Esteem?” 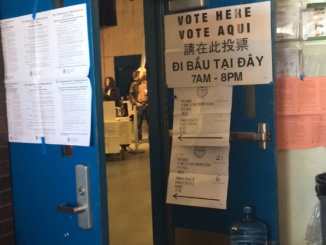 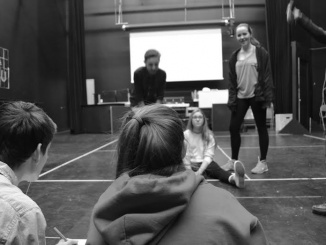 Winter Show delves into the dark side of fairytales