The WMS Song Sisters and Brooks Brothers were able to display their hard work throughout the semester during a performance at the Bruins game on November 6.

The 8th grade chorus consists of both girls and boys, called the Song Sisters and Brooks Brothers. For the 11th year the WMS 8th grade chorus members will be traveling to Providence by singing “God Bless America.”

Each grade of the WMS chorus classes is gifted, but the 8th graders this year are especially read for the Bruins game performance. “The 8th grade chorus group consists of all four vocal parts: soprano, alto, tenor bass. We’re strong,” said Wellesley Middle School choral director Ms. Lauren Connors. “The 8th graders more than the other grades can get up there and sing something that really holds together, which is really important because once we get on the ice, at the Bruins game, there is no piano to accompany them. So we have to be strong.”

The 8th grade chorus consists of 75 girls and 30 boys. Although it would be ideal in having a balanced choir, it is not typical. “The sopranos and altos just have to learn how to balance the sound so that the guys can be heard.  And our guys are pretty noisy,” said Connors.

An important aspect of the choir are the students themselves. “They’re amazing, all the magic is done by them,” said Connors. When asked what they do to make sure that they perform their best, Erv Aggarwal ‘21 and Noelle Cameron ‘21 said modestly, “Just a lot of practice.”

Although each choir is special and has its own strengths, the choir class of ‘21 has especially gifted musicians.

“I had a bunch of time at the beginning of the year, and I wrote a really hard arrangement, but they did it!” said Connors. “I choose a different arrangement for them because they’re so incredible musically, I have a lot of kids who have piano lesson or play band instruments, or orchestra instruments so they are really good reader.”

Usually the Bruins game is later in the year than this year. “I did that on purpose. Partially, so they could have a trip without all the holiday gigs in December,” said Connors, “but mostly because it’s really going to help because once you’ve performed together once, there some sort of gelling and suddenly the group works together well, knowing what to expect and they’re really confident.”

The Bruins game event, which is now like a tradition to Connors also helps the choir prepare for their most important concert in Wellesley. “Singing for the community, that’s of course the most important,” she said. “Singing for our families, friends, and teachers- That’s way more important.” 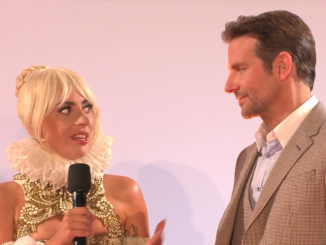 A Star is Born: A raw story of life 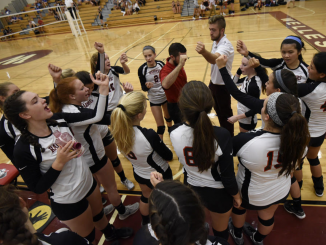