Mrs. Potts says it herself: the tale is as old as time. Beauty and the Beast has been in theaters since it hit Broadway in 1994 and the songs have been ingrained in every child’s head since the Disney movie came out in 1991.

Since September, those songs have filled the high school hallways and performing arts wing.  Come November 10, they will also fill the auditorium, for student actors will perform Beauty and the Beast as this fall’s musical.

The show will hit the stage with scale worthy of a Disney show. “The most unique thing, honestly, is the size. It’s a massive show: massive sets, incredibly technically challenging costumes, demanding lighting, for lots of different locations. There’s a lot of everything,” said director Mr. Stephen Wrobleski.

The scale of the show was an interest resounding across all aspects of the show — from set and lighting designers to actors, costume creators to stage managers.

“[One of the things I’m most looking forward to] is the set itself because it is just enormous,” said stage manager and lighting director Rachel Cheung ’17, who has also been working on building sets in her theater tech class.

The set of the show includes a giant fountain, a staircase that occupies most of the stage space, and a massive castle the reaches the full height of the stage ceiling. Wellesley realtor Teri Adler sponsored the construction of the castle, and Mr. Brian Reddy’s Drawing and Painting intensive class is painting the castle’s windows and exterior.

Cheung emphasized that there is the same room for creativity in her plans for lighting design. “Because it is a Disney show, there is a lot of fun you can have with it. There’s so much magic and so many effects — that really lets you play and have fun wi

th lighting,” she said. She added that the show has a range of scenes from the dark hunt scene to the bright and colorful scenes like the “Be Our Guest” musical number.

The lighting and sets, however, only make up a piece of the magic. The plot centers around the fact that an arrogant prince and his serving staff have been enchanted and turned into a beast and household objects, respectively. For professional animators at Disney, it is simple to illustrate an object imbued with human qualities. Yet, a group of volunteers giving humans the qualities of objects is a far more impressive feat.

“One of the hardest things about the show is that all the animated objects have become enchanted, so the costumes have to be the objects they have turned into,” said costume director Christin Gillooly.

Luckily for the high school, though, the drama department has a robust team of volunteers who are up for the challenge. As costume designer Cathy DuBois put it, the team has been “sewing like maniacs.” DuBois herself has been researching and planning how the execute the challenging costumes since this summer. Gillooly gushed about just how much effort and work Dubois has poured into designing costumes. “The amount of thought that Cathy has put into making these costumes is incredible.”

Thermoplastic provided the answer to one of the questions about how to dress students as objects. Visual artist Ellie Kinney ’18, who has taught herself how to use the unusual medium, describes it as similar to construction paper that can be shaped and cut and then secured with heat gun. Kinney’s thermoplastic pieces serve as supplements costumes, such as feather duster Babette’s handle or Lumiere’s candelabra.

“This is the first time they’ve done anything like this; usually they have bought things like this in the past, but we are making them now, so this is really new and we could end up using this a lot for future musicals and plays at the high school. I’m sort of the trailblazer for this,” said Kinney.

Aside from this daunting task, the costuming carries complications with the quick changes– for the leads and the ensemble. The characters transform from their object state back to human, meaning that they need costumes that will allow the audience to recognize the object as a human and costumes that will be easy for actors to quickly change into. Additionally, there are more costumes to make for the ensemble. Unlike past musicals, such as Grease or Legally Blonde in which the ensemble needed only one costume for the duration of the play, each ensemble member needs a different costumes for distinct scenes, like a peasant costume for the tavern scenes and cutlery costumes for the “Be Our Guest” scene.

Additionally, the costumes must be ones that will allow the audience members to recognize characters they know. “We have such high expectations because it is Disney; we are trying to [follow] the Broadway version. We want to give people what they expect, but also put our own twist on it,” said DuBois.

The costume designers are not alone in this concern. “Something I worry about is that the musical is so well known. People will recognize it, but I also want to be able to bring my own take,” said Caitlin Gillooly ’17, who plays Mrs. Potts and is a student director. “[Mrs. Potts] is so recognizable that you can do something different and break expectations and make people think.”

“The fact that everyone knows it is frightening,” said Lumiere actor Jack Grossi ’18. “Everyone is counting on you to do homage to the actual character from the movie, from the Broadway show. That is challenging to have that pressure. But [as an actor] you’re not really thinking about that; you want to put your own spin on your own characterization. The pressure kind of motivates you to be more unique while at the same time following the general characteristics of the character.”

And for some actors, that pressure to follow the “general characteristics” has become more personal. Lead actress Cypress Smith ’17 plays Belle. “I recognize that I’m a person of color playing a role that has pretty much always been white,” she said. “Everyone has been really good about keeping as much of myself in the role as possible.” She added that one way of doing this is by wearing her hair in its naturally curly state, rather than straightening it or covering it with a wig.

While Smith will stick with what she knows best when tackling Belle’s appearance, she has worked hard to adopt Belle’s persona.“This is different from any other role [I have played],” she said. “I really had to push myself to be over the top and be a princess.”

The actors seemed to share this feeling of needing to push themselves to fit the degree of Disney drama. “It is challenging because a lot of the lines are really dramatic,” said Belle’s understudy Tess Buckley ’17. “But you have to take them seriously, no matter how melodramatic Belle can be. It is hard to play children’s theatre seriously because you have to take everything seriously when often it is not.”

For Grossi, the “cartoonish wants and desires” of the characters adds to the fun. “Other roles I’ve had to play have been more head-centered — intelligent, thought-based — but I think Lumiere is much more groin-centered. He’s impulsive, arrogant. He’s played with a different center. I like it; it’s challenging and helps me grow, in terms of what I can do as an actor, how I can portray different people,” he said. He also added that he enjoys the sillier and less serious aspects of his character because “comedic characters add life to the show”.

Stage manager Zoe Salvucci ’17 added that while it may be a children’s play thematically, that is not what the end product will reflect. “People have high expectations for the quality, but they’re expecting a kids’ show, and it isn’t a kids’ show necessarily. I think they will get what they’re expecting in terms of quality,” she said.

Wrobleski echoed this need to meet — and exceed — people’s expectations for the show’s quality. “Normally we can cut corners here and there because we are a high school, but this is a show that is hard to cut corners on — because of those expectations. We have to be able to meet a certain standard,” he said.

And so far, it seems as if the production is on par to do that. Wrobleski explained that this musical is especially heavy on underscores — music that is timed to play as characters say their lines. This means that lines must fall exactly in perfect place with the music from the pit orchestra below. This tiny detail serves as a perfect example for the amount of care and planning that so many individuals have put into this production to make sure that every last costume, every last prop, every last line, is executed with, well, magic. 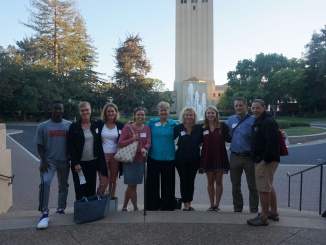