Currently, the voting age in the United States lies at 18 years of age, and should be lowered to 16 in order to make the American Democracy more inclusive. The voting age has been changed in the past, and can be changed again.

Two years may feel like a long a long time. People can undergo drastic changes in their personality and values in two years. In reality, personalities are fully formed by the time one reaches the age of seven.

The drinking age in America is one of the highest in the world, with several countries enabling their citizens to drink at 16. However, drinking alcohol is very different than voting. The ability to drink alcohol can not positively impact the lives of teens, rather it can only contribute to poor decision making, lifelong drinking habits, and alcohol poisoning.

On the other hand, lowering the voting age has the ability to positively impact the lives of Americans. 16 year-olds live under the same set of laws as 18 year olds and even 80 year olds. The youth of today have the longest life expectancy of anyone in this country, so it does not make sense for their elders to determine the laws they will live under for the rest of their lives.

Moreover, 16 year olds can be legally charged as an adult when they commit murder or similar crimes. On the other hand, when it comes to voting, anyone under the age of 18 is told that they are too immature, inexperienced, and unintelligent to participate in the American Democracy.

Likewise, at 16 years old, the American Government deems citizens old enough to obtain a job and pay taxes to the federal government. An estimated 80 percent of high school students work before graduation, contributing to 9.7 billion dollars in sales tax alone.

Some critics of lowering the voting age claim that teens do not possess the intelligence needed to make an informed decision when voting. However, simply watch any late night television show, and you will find out that the average adult walking down the street knows next to nothing about this country or global politics.

Given the amount of time that teens spend on the internet and social media, the majority of teens come across political and global news while simply surfing the internet. High school students also heavily discuss political issues in their history courses, and some students even take current events classes that educate them about prominent issues in the election.

Given that teens talk about current political issues in school and are forced to watch presidential debates as homework assignments, the average teen has just as much exposure to the world of politics as the average adult.

The fear that every teen given the right to vote will treat it as an opportunity to play a joke on the government is irrational. Most teens that do not have an interest in politics will simply stay home and not vote. On the other hand, teens interested in politics will make informed decisions at the polls. 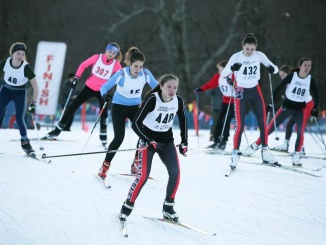 Should summer reading be required?