Spending hours afterschool and sacrificing entire Saturdays to backbreaking physical exertion is hardly anyone’s idea of fun. But Sofia Mason ’17 is one of the few who does enjoy dedicating much of her day to the physical exertion of rowing crew.

Mason began rowing at Community Rowing Inc. (CRI) in Boston the summer before her sophomore year, and she quickly worked her way up from a member of the two-week learn-to-row program to a varsity rower by the next summer. Since that year, she has rowed on the varsity team and is now one of its four captains.

Weekly practices for Mason entail two and a half hours each weekday during racing seasons, with three hour practices and a 90-minute, individual work out on Saturdays. During the winter, that is cut down to two hours of practice on weekdays and two and a half on Saturdays, still with the 90-minute solo Saturday workout.

Despite the demanding schedule, Mason enjoys rowing because of the sport’s unique ability to empower both the individual and the collective. “Rowing is a cool sport because it’s a combination of individual sports and team sports,” Mason said. “When you’re in the boat it’s all about being in time, but when you’re inside, it’s all about personal achievement; you’re trying to beat your own time. When you’re on the river and rowing well and the whole boat is together, it’s really cool. When you have a good row, it’s really satisfying.”

According to her coach, Skye Elliot, her work over the years has paid off. “Sofia took a while to get to the technical point where she can row in the top boat; she had to work really hard at that,” he said. “Now she is almost always coming in range of first to third fastest rower [of the nearly 100 girls on the team].”

Elliot added that the way Mason handles the struggles of rowing is what makes her so unique. “One of the most interesting things about Sofia is that she’s a very stoic athlete… I know sometimes it can get really hard for her, but she’ll never show that to her team…The most impressive thing about her is that she has has a lot of challenges, and along the way she has not ever displayed negative emotions to her team; she always put on the right face, stepped forward, and pushed through. She has always been strong in the face of challenge on her team,” Elliot said.

Part of Mason’s commitment to her team and her sport comes from the bond built through spending afternoons of exertion together. “Everyone there is super nice. It may sound cheesy, but they are like my family. I’m there all the time, and the people I’m in the boat with — we kind of have a connection. Rowing is all about physically exhausting yourself, so when you know someone is pulling so hard and is so uncomfortable for the same reasons that you are, it is [bonding],” she said.

Her teammate, Maddie Franck, described the bond among the rowers on their team. “My teammates all share common core values which make us all very compatible as friends. Each person knows that the girl next to her is incredibly hard working and willing to do anything for the people around her. We all are different, but have enough similarities to make friendships flow easily and be strong.” She added that Mason is an essential part of this thriving team dynamic, as a leader and as a friend. “She gives thoughtful insight to what we have to do, is friendly and open to all of the athletes, and makes it all so much fun for herself and for her teammates,” Franck said.

Elliot echoed that Mason has this unique quality of being both a friend and strong leader. “She is extremely responsible and has a lot of loyalty for her team. She is a selfless leader,” he said.

For Mason, her team’s most remarkable achievements were their attendance at the Head of the Charles (twice!) and their attendance at Youth Nationals last year. According to Mason, the Northeast region is one of the most difficult regions to compete in because of the vast number of talented teams — the teams that came in first, third, and sixth at Nationals all came from the Northeastern region. Missing the cutoff for Youth Nationals and coming in fourth by only two seconds at the Northeastern Region Championship, Mason’s team petitioned to attend nationals, and were successful in their appeals. They came in eleventh place at nationals, which the team members deemed a success because they met their goal of coming in the top 12. Mason explained that the team’s attendance at Nationals alone was seen as a success for the rowing company.

Mason will continue her rowing next year for Brown University. She explained that she was recruited by a number of colleges, but could tell that she loved Brown upon her official visit  with the team. After attending a practice with the school’s team and spending the night there, she canceled all other college visits.

Mason explained the process of recruiting and deciding as a “really stressful but really exciting process”. She also celebrated the doors that crew has opened for her. “You don’t ever think you have the possibility of going to these schools [which were recruiting her], but rowing gives you that,” she said. “Brown never would have been a possibility to me if I was not a rower.” 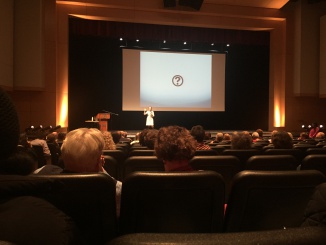