When I first heard of the Facebook messages that were sent this summer, I felt discouraged by the lack of progress our community has made on equality.

The fact that in my town, students decided to harass a fellow student because of his race leads me to wonder,

Have we have fallen off the track to full equality?

A lack of equality is prevalent not only in our town but in our country. US Attorney Carmen Ortiz announced that she found racial discrimination and harassment, (At the Boston Latin school), which staff failed to address. She also found that Title II of the Civil Rights Act, which prohibits discrimination in public places, was violated in Ortiz’s findings of racial discrimination at the school. Ortiz found a case where a student at Boston Latin threatened to lynch another student. The victim is a African American female and the perpetrator threatened to lynch her with an electrical cord.

After reading this story, I paused. To believe that our nation has decided to take steps back to the days of discrimination and inequality haunts me. The fact that a student would even use the word lynch reminds me of the torture African Americans received from white citizens during the 1700s and 1800s.

New cases of racial inequality, such as what happened at Boston Latin have risen exponentially this past year. Do we have to put greater consequence on the effect of these crimes? Do we have to emphasize how much these crimes affect our fellow citizens?

As a community, we must discuss this issue more before it fades out of people’s minds. It is vital to do so to keep our nation united as a whole, and insure that everyone is treated equally.

In order to accomplish this goal, I suggest we must have open discussions on the topic in our school. Also we must urge people to consider themselves in the victim’s situation, in order to show how hurtful, and unequal our nation is today.

If our community was able to accomplish these goals, I believe we will be able to lower the number of hate crimes, uniting our town as equals. As Ben Franklin once said “United we stand, divided we fall”, and currently we are very much divided. 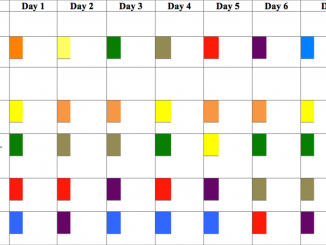