The world wants someone to hate. When an enemy presents itself in a community it strengthens the bonds between people. As Leo Tolstoy, once stated: “It’s too easy to criticize a man when he’s out of favour, and to make him shoulder the blame for everybody else’s mistakes.”.

Before I begin, I do not condone any of the actions the students performed over the summer, and I completely support the expulsion and suspensions of the students involved. What I do not agree with was the process it took to come to this point. The whole story began with a posting to Facebook in which a group chat with racist content was outed to the public by a student who will remain unnamed . The student became a hero in the community when in reality, in my opinion he was just as bad as the perpetrators at hand. Although I do believe it was a smart decision to bring the racial slurs to the attention of the school, for the unnamed poster to do it in this way exposing the students to massive amounts of hatred and embarrassment was childish.

Because of the post, the students became privy to huge amounts of media attention, and in doing so their reputations were ruined and therefore their futures. The school had no choice but to out the students to the public, as more and more hatred surmounted against them. But all this hatred and anger towards these students distracted us from the real important issue: race. Instead of focusing on repairing the broken system which created the situation, students instead attacked for lack of a better word, kids.

I have gone through the school system as what could be labeled a “minority” and although there have been small isolated incidents of racism (not directed at me) I do not believe they represent the majority.  At Wellesley not only are students held to a high standard of acceptance, but the idea of diversity is actually built into the curriculum. In health we learn about sexual inclusion of all, and in english and social studies we learn of the struggles of race and America. Students have also started numerous groups and clubs dealing with these topics, and have been fully supported by the high school.

The only thing Wellesley could be privy to is isolationism, but that isn’t the fault of the citizens of the town but the social climate surrounding America.I think this accounts for the racist events that have occurred at the high school. Students don’t really understand the gravity of what they are saying because they haven’t been exposed to the harsh realities behind the words and symbols they are portraying.And in their innocence they say hateful and disgusting antidots, but it is the minority. At are school are over a thousand students, and at most five or so a year are found in these cases.So I do acknowledge there is a problem, but trying to out these students to demonstrate a false racist culture in Wellesley to diminish the reputation of a few is completely unjustified. He could have eliminated the issue without hurting these children and making them unwilling martyrs for his social crusade which in the end only left more hate in the heart of Wellesley. If the poster wanted to make a real change he could join one of the multiple causes devoted to ending issues of race in America, but in the end he only choose to make the racial casm greater. 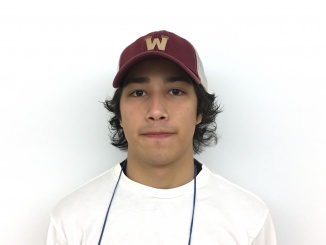 Harry Grosso: a leader on the green