Of all the forms of art that exist within the high school, few are as encompassing as dance. It stands as the sole artistic practice that allows students to express themselves in an athletic yet artistic way. Despite the fact that students readily recognize this one unique aspect of dance, the scope of the practice is far greater than many can imagine. Members of the renowned dance group Pilobolus constantly tour and perform, hoping to open the eyes of viewers to the true reaches of the art of dancing.

Pilobolus, in the words of their former artistic director and dancer Jun Kuribayashi, defines itself as “a collective of movers, thinkers, [and] passionate people, who express themselves through dance and theater.”

The group’s name originates from an species of organisms called Pilobolus. At the time of the group’s founding, the founder’s father, a biologist, was studying this organism. The name is quite fitting for the group, as the organism is just as unique as the content Pilobolus strives to create.

From January 29 to 31, Kuribayashi of Pilobolus came to the high school to mentor both the dance team and the Moving Company. Despite the brevity of his visit, the team learned much from his instruction and took away many lessons from this opportunity.

Moving Company, run by guidance counselor Ms. Janet Sozio, is a program quite different from others at the high school. A fusion of arts and athletics, dance is a creative practice, yet also requires a certain degree of physical fitness. Among the members of Moving Company are students who have been dancing their whole lives alongside others who decided to join the group this year.

These different levels of experience within the group resulted in varied reactions to the activities Kuribayashi displayed.

“I have already gained so much from this visit. I have been able to go outside my comfort zone in some of the lifts, which I was nervous about, but I’m very glad I’ve done them,” said Anna Krechevsky ’18.

Krechevsky joined the Moving Company to gain experience with dancing, as she is very invested in the performing arts, and she recognizes that dancing is a vital skill to have.

“I would like to follow my dreams, and I have dreams of being on Broadway. Dance is very much a part of that, and because I love it I see it being a part of my life,” Krechevsky said.

Similarly, Kayla Reid ’18 also learned much from the experience.

“I went more out of my comfort zone as a dancer the past few days. I did a lot of things I would never do in my lifetime,” Reid said.

As she plans for life after high school, Reid does sees dance as an integral part of her future. She plans to minor in choreography in college, with her major being early childhood education. Reid also hopes to one day open up her own dance studio.

As a result from his visit at the high school, Kuribayashi hopes for students to do exactly what Reid and Krechevsky have done: go out of their comfort zone and express themselves.

“I want them to learn to not just say no immediately to something, to kind of look at it from all perspectives, try different things, to get your idea heard, and to express yourself,” said Kuribayashi.

Kuribayashi himself is an advocate for people stepping out of their comfort zones, as doing exactly that led him to become a member of Pilobolus. Having heard about the audition from a college professor, Kuribayashi went to the audition expecting not only explore New York City, the location of the audition, but also to be cut. Despite his doubts about getting selected, he auditioned anyway.

“It was a weeklong audition process, and I never actually got to see New York because I kept getting called back,” Kuribayashi said.

The impulsiveness of his decision to audition likely fared him well in the end, as he said,“I actually had forgotten that I had seen them 2 years prior and was really impressed, but it’s a good thing I didn’t remember because I would have been too intimidated to go. They did so many lifts and moves that I didn’t know.”

After joining the group, Kuribayashi moved to Connecticut and went on to become a creative director for Pilobolus. This served as his sole career, as it took up nearly all his time.

“We are so busy, basically 46 to 48 weeks out of the year we are hired [and] on the road doing gigs. We didn’t have time or energy for any other things,” said Kuribayashi.

The large amount of time that he dedicated to Pilobolus came as no bother, however, because the group gave Kuribayashi the opportunity to create dances in a way that many other programs would not.

This same type of collaborative control is what Sozio hopes that students will take with them from Kuribayashi’s visit.

“I have student choreographers every year, and I hope that they can really broaden how they approach choreography. It’s not always just that you’re going to do this step, on this count, at this time. I’d hope that we can kind of have this amorphis section, where they are able to give some direction,” Sozio said.

In addition, Sozio wants students to cultivate the same passion for dance that she has. Kuribayashi’s may spark this for some.

“Dance feeds my soul; it’s something that has always been a part of me and I want to share my love of dance with other people. Dance has so many different facets, I want students to embrace what is known and comfortable, and I want to show them the other layer of dance that goes with that,” said Sozio.

Kuribayashi also hopes that students realize what dance could do for them, personally.

“If it’s just one thing, figure out who you are and the importance of that. Express yourself,” Kuribayashi said. 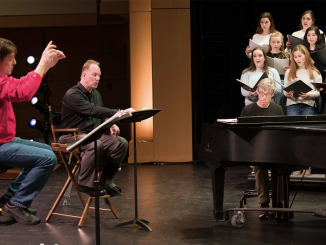 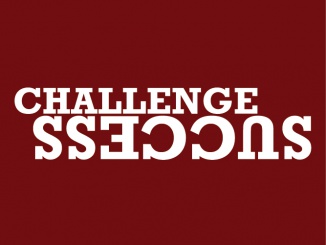 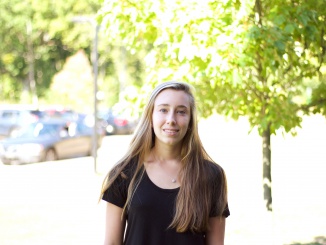 The real incident is ignorance