It was about 10:30 am on March 14 when ten Wellesley students (including me) huddled on the T to head to Boston. Although students across the country were walking out to advocate for gun reform, the snow day meant our school walkout was postponed. The snow day did not stop us from making our voices heard one month after the Marjory Stoneman Douglas Massacre, however. We joined hundreds of other high schoolers on a march to the State House to demand stricter gun legislation in Massachusetts. Here are some photos from the day, documenting our fight for change (courtesy of Tara Snapper) 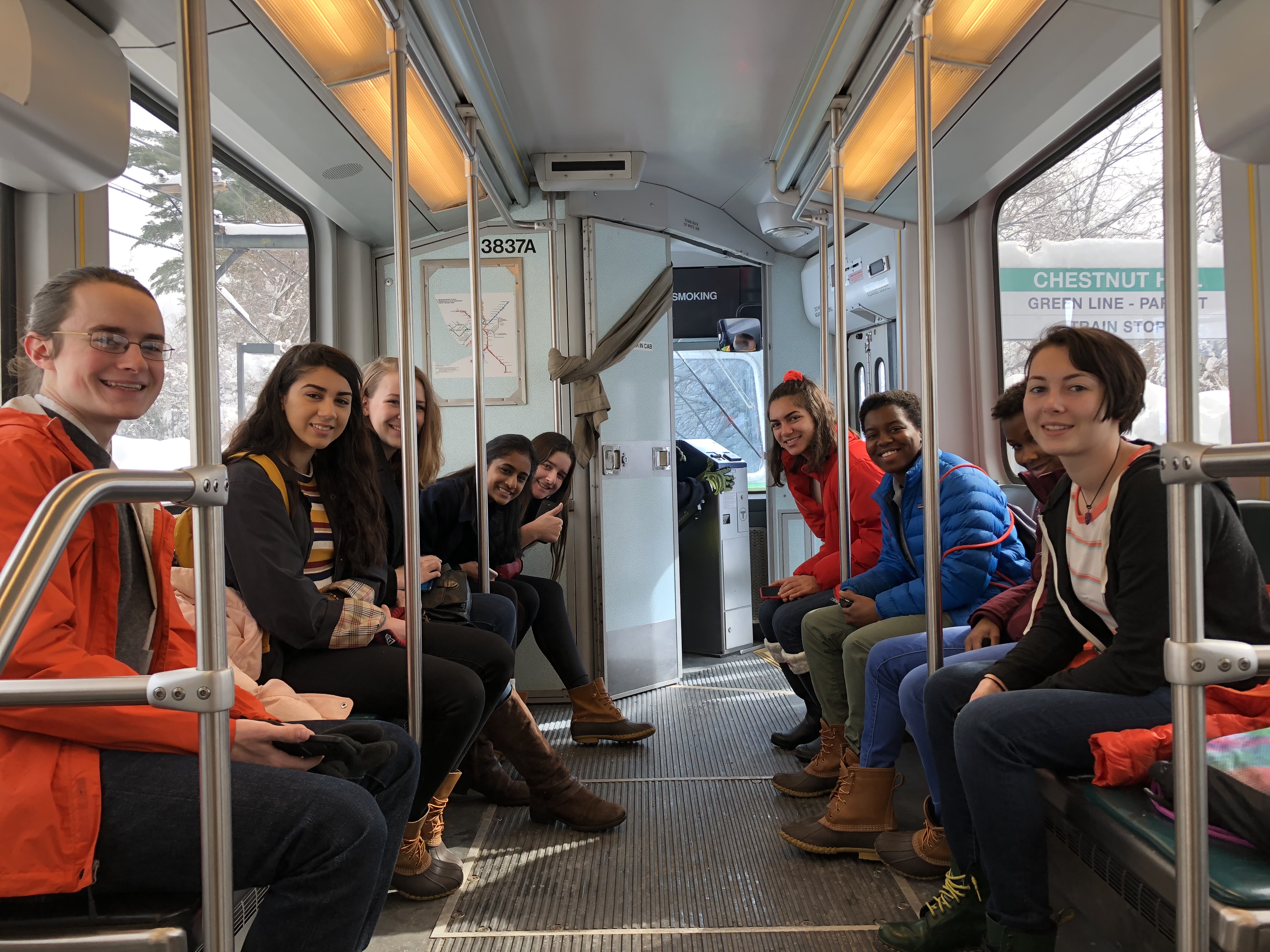 The day began with a T ride from Riverside to St.Paul’s. As we discussed the Extreme Risk Protective Order (ERPO), a piece of legislation in the statehouse that would allow family members and law enforcement to request that a person’s gun be taken away if the person represents a danger to themselves or the public, a man on his way to work asked if we were participating in a walkout. When we confirmed that we were he replied, “good for you.” This nod of encouragement was indicative of the support we received throughout the day. 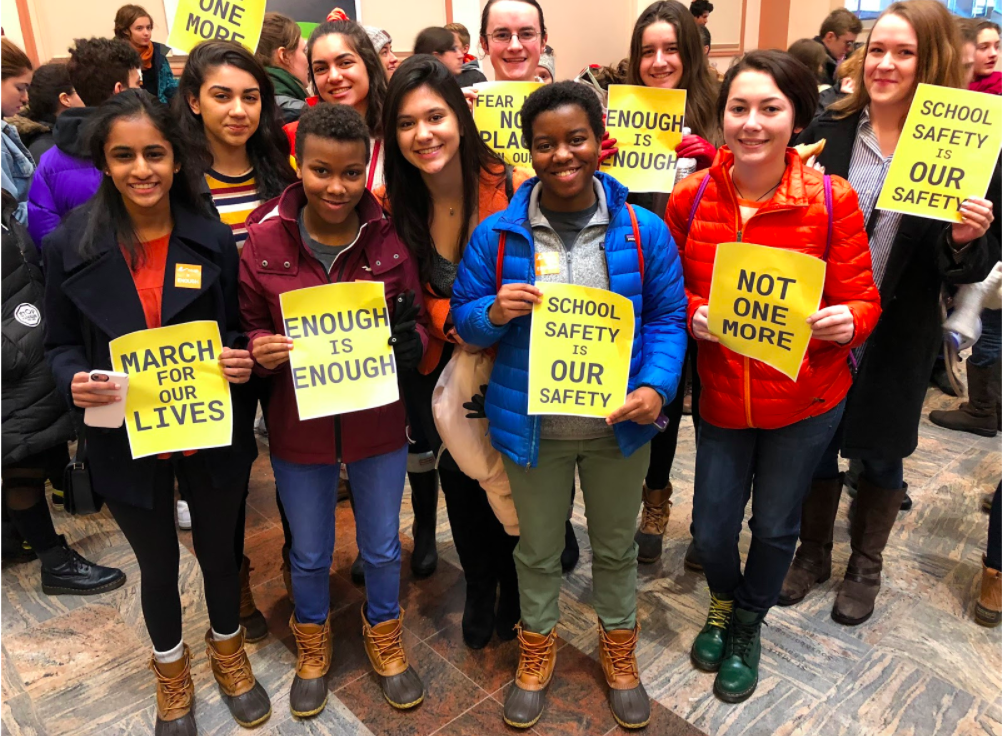 After a small hiccup getting into Boston, we gathered at St. Paul’s Church, signs in hand, as we prepared to march across the street to the Statehouse. 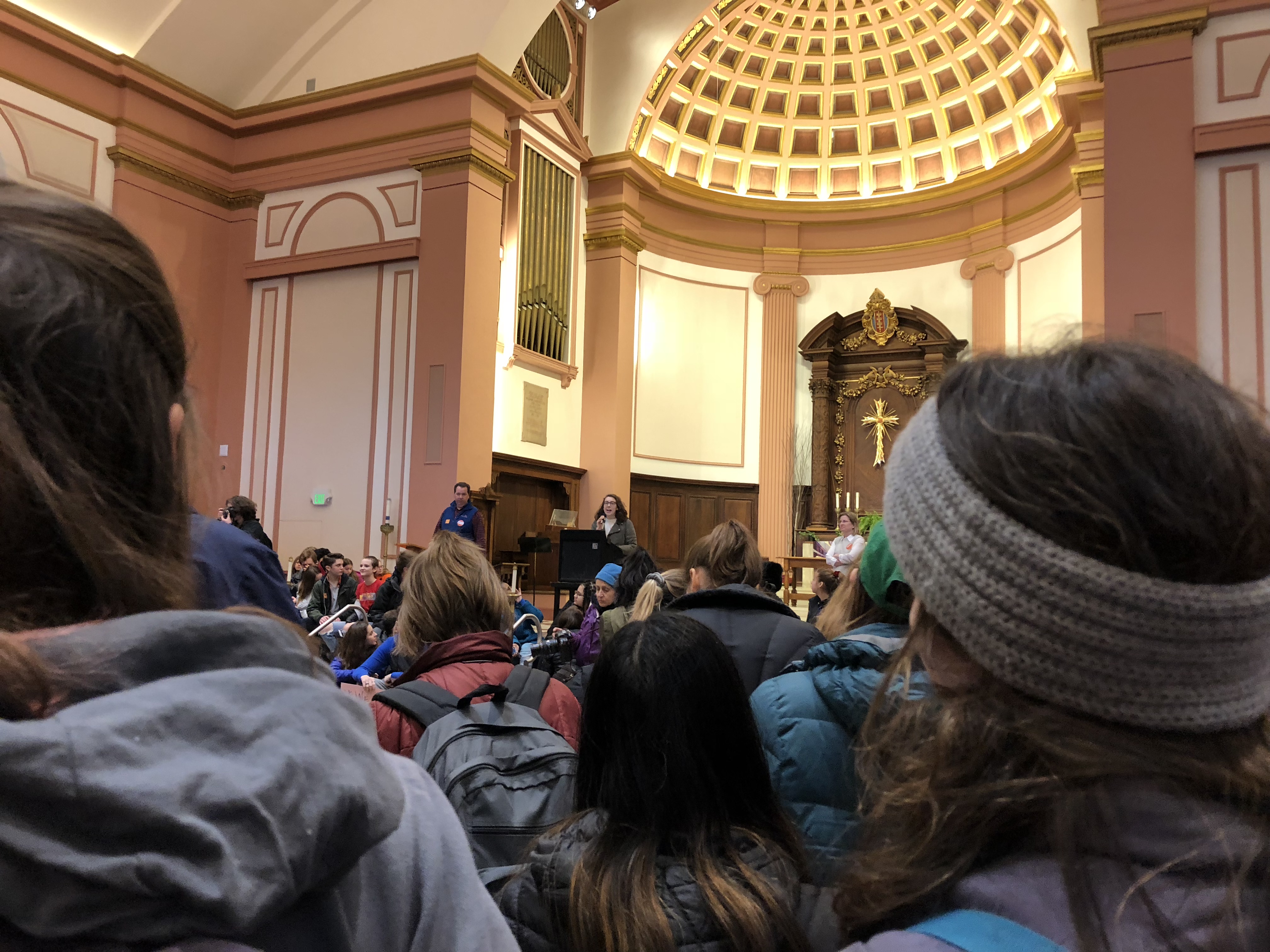 As we waited with hundreds of other students to march, we listened student organizers remind us of our purpose on that day: to hold our leaders accountable to us, their constituents. We were told to never underestimate ourselves; the power of the student voice, the voice of the future generation, matters now more than ever. As we prepared to leave for the statehouse, the room broke out into a chant: “Statehouse?” “Our House!” 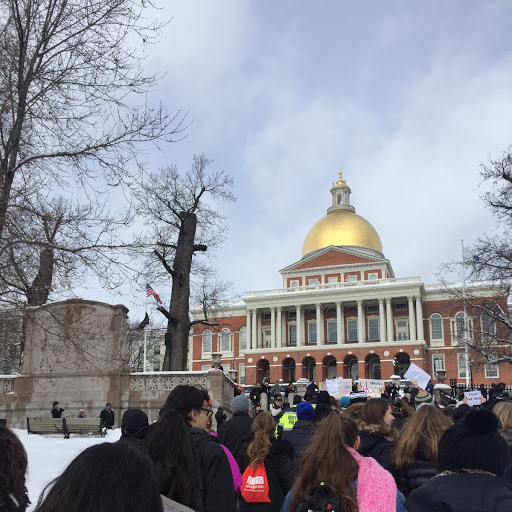 The statehouse was our target as we streamed out of St. Paul’s. 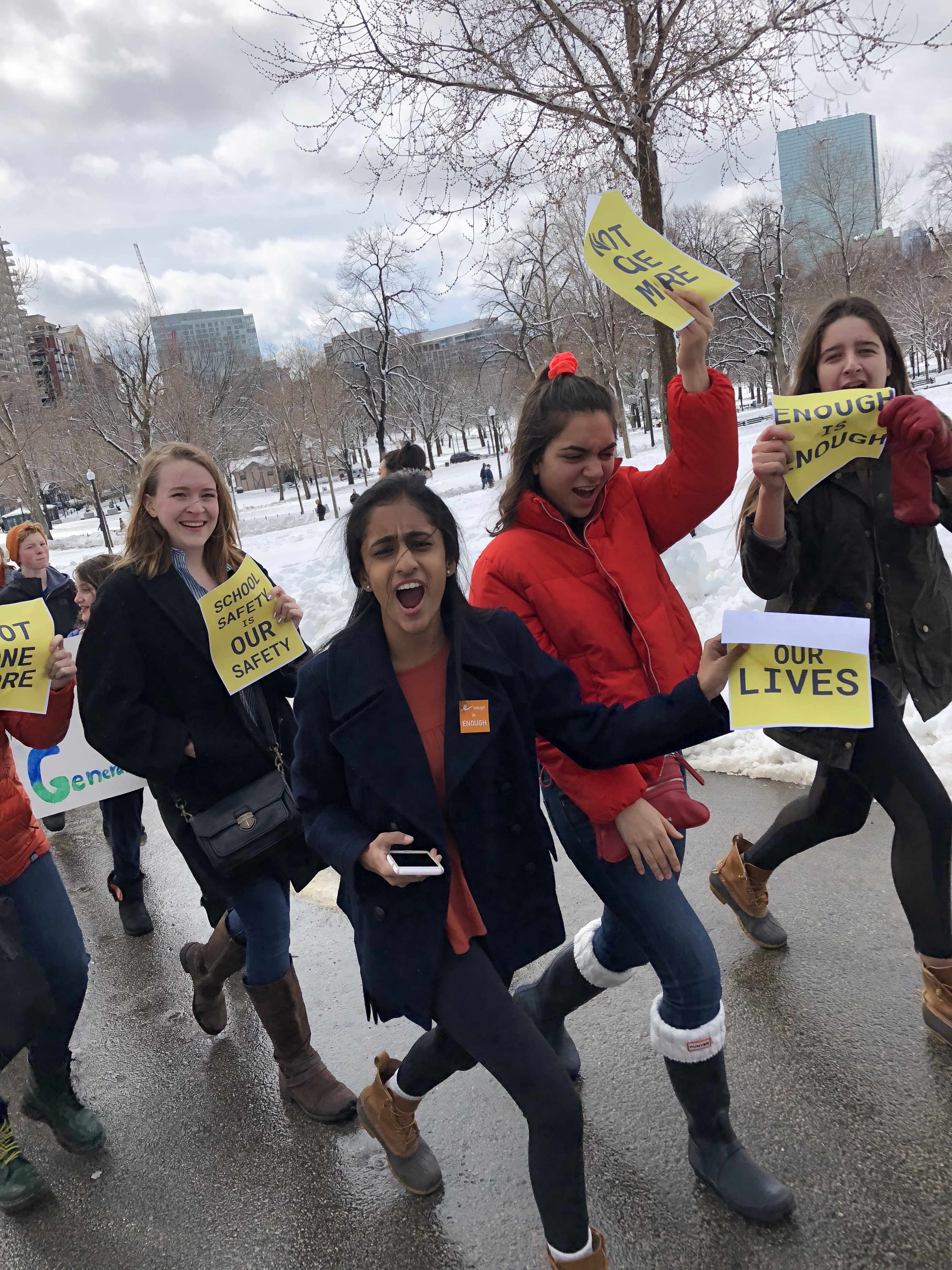 To get to the Statehouse from the church, we crossed Tremont St., walked through the Boston Common  and crossed Beacon St. to reach the Statehouse steps. We showed our passion the whole way there. Our signs read “Enough is enough”, “School safety is our safety”, “Not one more”, and “March for our lives”. 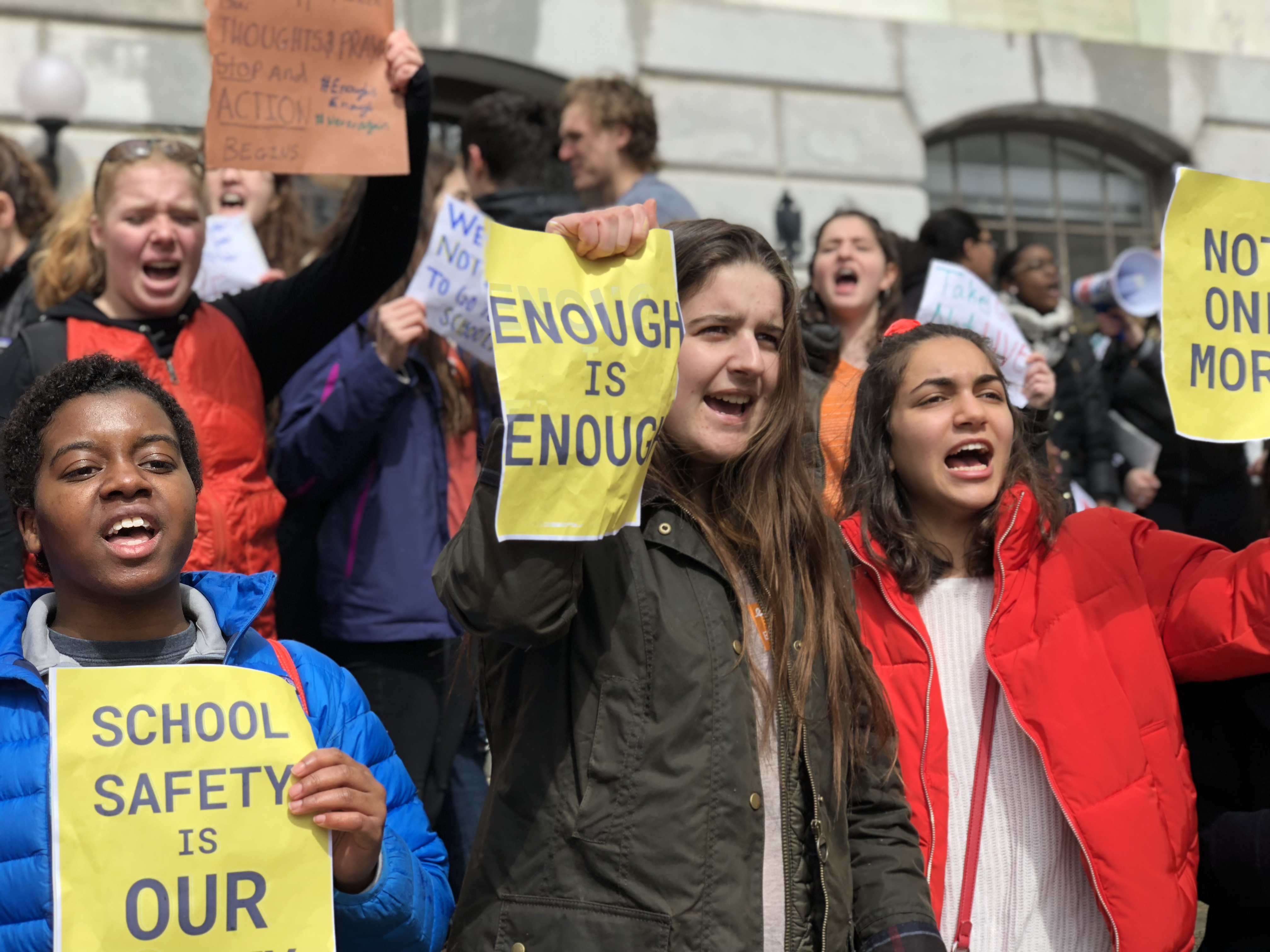 As we arrived at the Statehouse steps, we began to lead the chants. Here, Julia Chaffers, Smith, and Sheikhi lead the chants, which included “Enough is Enough!”, “Whose House? Our House!”, “Not One More,” and “The NRA is Not OK!” Facing the crowd below us and seeing the sheer number of people using their voices reminded us that with perseverance and determination, we can make change. 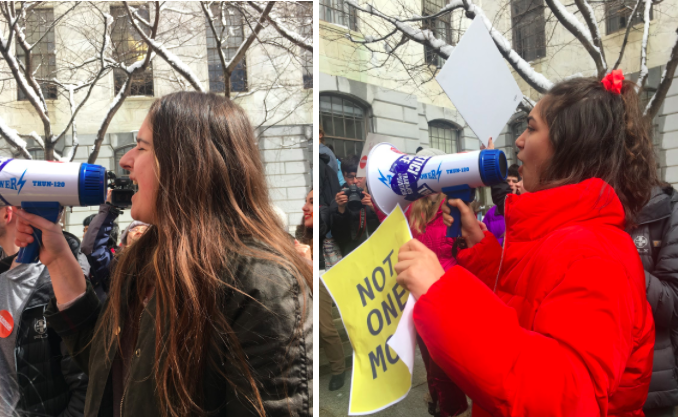 Smith (left) and Sheikhi (right) take the megaphone to lead the chants. I also took the megaphone at one point, and watching how people listened to my voice showed that every single voice in this fight matters. 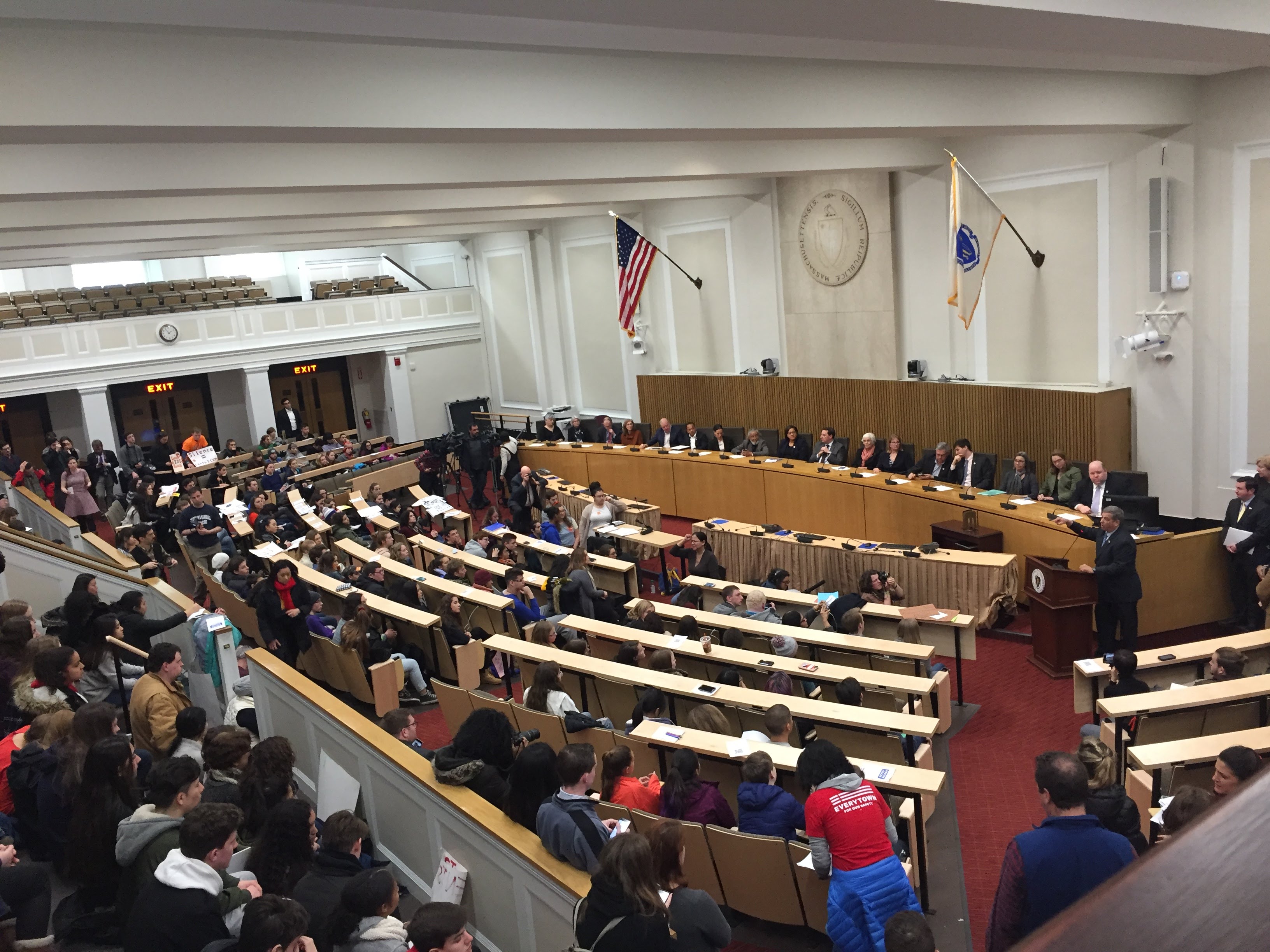 ollowing our protest at the Statehouse steps, we entered the Gardner Auditorium. At the back, Massachusetts state Representatives and Senators watched on as student organizers spoke about how, despite having some of the strictest gun laws in the country, legislators cannot be complacent. We emphasized that gun violence in Massachusetts disproportionately affects communities of color, and that until this reality is addressed, we cannot rest easy. This point really stuck with me because until then, I was mostly focused on how to change federal laws, as I believed Massachusetts laws were strict enough. Now I realize that laws will never be strict enough until all communities are safe from gun violence.

After the student speeches, many politicians expressed their willingness to take us up on our demands. “I’m blown away, although not surprised by your presence here today,” said Senator Sonia Chang-Diaz. “Your moral voice and moral authority is so needed in this time… I thank you and I ask you to keep pushing us over the weeks and months to come.” 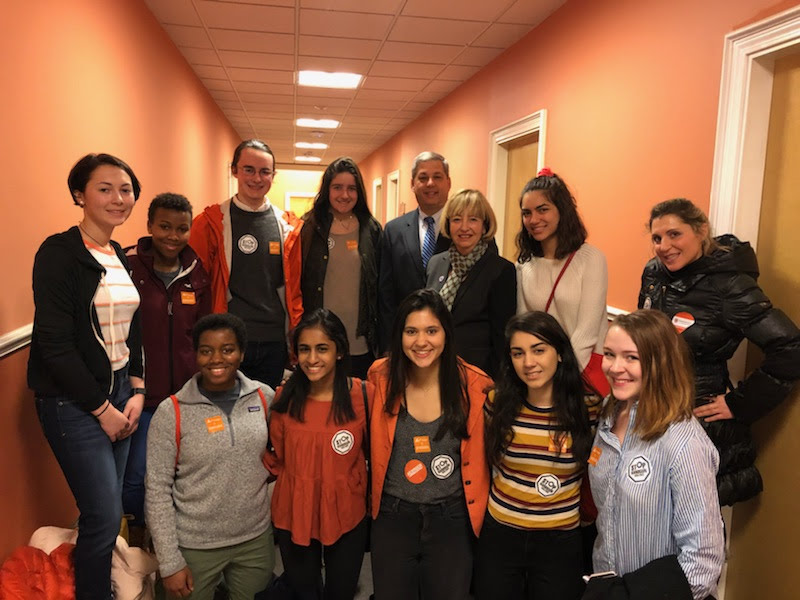 After gathering in the auditorium, we were sent off to meet with representatives to lobby for passage of the aforementioned ERPO as well as an educational funding reform bill to ensure that all public schools have adequate funding. We also urged legislators to maintain the Assault Weapons Ban, which is being challenged in a lawsuit filed by a pro-gun group. We met with both Representatives for Wellesley. First we talked with Senator Cynthia Stone Creem (back row, third from right) who met with us briefly, encouraging our mission, before heading into a meeting about net neutrality. 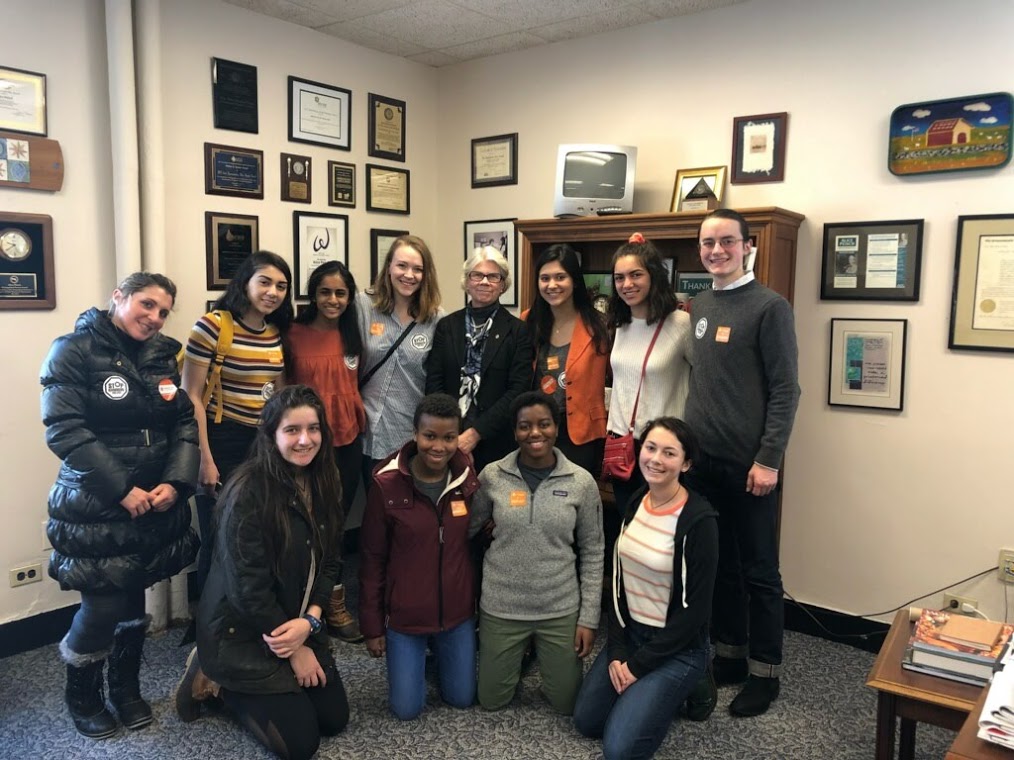 We then met with Wellesley Representative Alice Peisch (back row, fourth from right). We had a long discussion about how the Florida shooting affected us, why we believed in the importance of all three bills, and the importance of our voices in this push for gun legislation. Representative Peisch was very encouraging, and urged us to not stop at that one meeting. She told us that the voices of constituents tell her which topics she should focus on. If everyone who wanted to see stricter gun laws simply called their representative, she said, they would feel a lot more urgency in passing these bills.

Overall, this was a very eye-opening day for me. Not only did we make our voices heard through protest, but we also got to lobby for specific legislation that can make a difference in the fight to save lives. We know that the movement doesn’t stop here, however. We have to keep working to hold our politicians accountable until they do everything in their power to keep us safe on our streets and in our schools.

A farewell to Mrs. Zinck and a welcome to Mr. Malone

What are the Massachusetts ballot questions for the upcoming election?