In an abandoned lot sits an abandoned truck, in which Pittsburgh Steelers legend Mike Webster, betrayed by the game he loved, finally ended his struggle to maintain his sanity. “I need to tell the world what happened to you,” whispers Dr. Bennet Omalu, conducting his autopsy. Indeed, America needs to know what destroyed this former hero and why more and more NFL players continue to die at young ages.

Directed and written by Peter Landesman, Concussion provides Americans with this knowledge. It is a must-see for both those seeking the truth about the National Football League’s concussion history and those who would rather ignore it. The film dives into the darkest places of America’s game and provides viewers, willing or unwilling, with a more complete understanding of the dangers of football.

The movie focuses on Omalu as he discovers the damaging effects football has on many players. Will Smith performs brilliantly as Omalu, a Nigerian immigrant working in Pittsburgh, Pennsylvania as a forensic pathologist, a doctor who specializes in the cause of death.

After Webster, played by David Morse, commits suicide, Omalu conducts his autopsy. When he cannot find the cause of Webster’s mental illness, he conducts further experiments on his brain and he discovers Webster suffered from a disease, which he names chronic traumatic encephalopathy (CTE). The disease resulted from the numerous hits to the head Webster endured throughout his football career.

Omalu published his findings in a research paper. The NFL, however, adamantly denies the study. The movie then follows Omalu’s struggle to stand by his research despite backlash from NFL.

As a movie revealing the impact of football on retired players, Concussion does an amazing job. In addition to Mike Webster, the movie features the tragic deaths of three other former players. Justin Strzelczyk, played by Matthew Willig, Dave Duerson, played by Adewale Akinnuoye-Agbaje, and Andre Waters, played by Richard T. Jones, all suffered from brain damage and committed suicide. These players’ stories provide concrete evidence of the significance of concussions and paints a dark picture of the NFL in its avid denial of Omalu’s findings.

Will Smith’s performance as Omalu only enhances the the film’s message which implores Americans to set their passion for football aside and face reality. Peter Bradshaw, film critic for The Guardian, claims Smith’s performance was “shallow, conceited and bland.” However, Smith’s ability to inspire the viewer, culminating in his plea for the NFL to “tell the truth,” which feels almost like a plea to the audience to face the truth, makes his performance not “conceited and bland,” but moving and real.

By not shying away from attacking the NFL, Concussion bravely brings awareness to the issue of head to head contact in the NFL. The closing moments of the film reveals a shocking statistic about head injuries in the NFL, saying “actuaries hired by the NFL have concluded that 28% of professional football players will suffer from serious cognitive impairment, including CTE.”

The millions of people who saw the movie gained a new perspective on the dangers of football. The truth revealed in this movie shines a light on the NFL’s best kept secret, landing a smashing blow for those hoping to keep Americans in the dark. 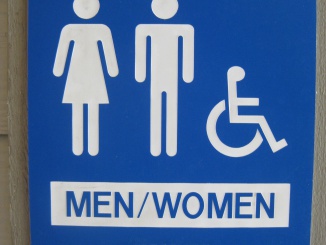 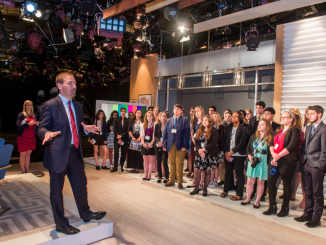 A week to remember: my first-hand look at the world of journalism