Chris Kyle’s incredible and perilous journey through Iraq is chronicled in American Sniper, the latest directorial effort from Clint Eastwood.

The 2014 film stars Bradley Cooper in the lead, and Sienna Miller as his wife Taya Kyle. The true story focuses on Kyle, a navy seal who after the events of September 11, is sent to Iraq on four separate tours through the city, which is now a deserted war – zone. This by far is one of the best war movies I’ve seen in years. In fact, it’s so flawless, that there’s almost nothing wrong with it.

The movie excels in its ability to build suspense through music and sound effects.  Some scenes in the film are shot in first person (P.O.V. shot). We look through Kyle’s weapon and every time somebody is wounded or killed, we as the audience feel like we’re responsible for it. The other thing that makes this movie so true and realistic, are Kyle’s facial expressions. Clint Eastwood did an excellent job writing his lead character, and Bradley Cooper did an even better job of playing it. You look into this guy’s face behind a weapon and all you see is pain, fear, and misery. No matter how many shots this guy can score, every kill is making him feel less and less of a person.

One of the many brilliant scenes in this movie focuses on Cooper’s character receiving praise back home from an old war veteran. The veteran thanks Chris for saving him and remarks how strong of a man he is. That’s genius writing because our lead is not impressed with his ability to shoot, aim, and kill. He is guilty as hell.

This film also has really interesting character development. As a child, we see how Kyle was always in the middle of conflict. Between divorces and pressure from his father, our lead’s past was always destined to the battleground.

I definitely do need to mention that there are many scenes of intense and gritty violence throughout the entirety of the film. Part of that is due to the fact that this movie succeeds in its ability to educate and inform the audience of the situation in Iraq. You’ll walk out of this movie, shocked by its power, and then see war veterans in an entirely different light. From the moment American Sniper ends you will have a greater respect for war heroes. Overall, I loved American Sniper, it was real, it was epic, it was technically brilliant and the story was immensely powerful.

How should a community respond in the aftermath of a racially charged hate speech? 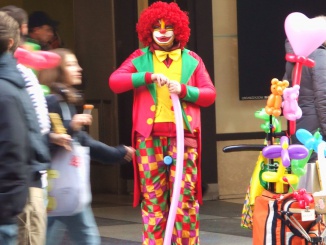 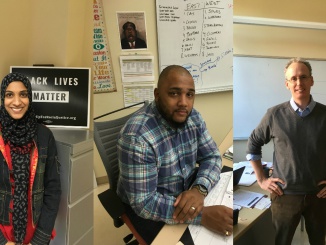