Chorus and the orchestra are two extremely different and extremely talented groups. Though each program holds concerts many times a year, they rarely come together. However, this year the chorus and Chamber Orchestra came together for a unique concert called Masterworks on April 28.

Every other year, the Chorus, Chamber Orchestra, and Wind Ensemble students come together for a concert called Masterworks. The show consists of a piece by a great composer or artist. This year, a piece by composer Aaron Copland was played. The show brings together the performing arts community and celebrates the talented artists who create the music they play.

The students are conducted by Kevin McDonald, the performing arts director. McDonald put considerable work into the concert.  “We started working on the piece of music in February and took about 2 months to put the entire work together.” said McDonald. The chorus students performed a variety of songs in the concert in various groups. Individually, the Keynote, Rice Street, and Concert Choir singers performed sets from the music festivals they participated in earlier this year.

After each choral group’s performance, all of the singers came together alongside the Chamber Orchestra for the masterwork performance. Copland’s work was called “The Old American Songs,” something that fit both an orchestra and chorus. “This work was selected because of the appeal of a classical piece of music based on American folk song. I knew the students of our department would be able to relate to the music and enjoy the contrast from song to song,” McDonald said.

Dylan Yang ’19 is a member of the Wind Ensemble. Yang describes his experience as positive, especially considering the short amount of time between the end of break and the day of the concert. “It was actually a bit hectic at first. It was right after vacation and although we were learning children’s songs, we had all forgotten parts over break. But, in the end it all turned out well,” said Yang.

McDonald attested to this fact, noting that with nearly 300 students in the performance, it was a difficult task to get them all in one room. “While I never had the whole group completely together prior to the performance, we were able to reach the overwhelming majority of students through the after school rehearsals and they gave an inspired performance on the night of the concert,” said McDonald. 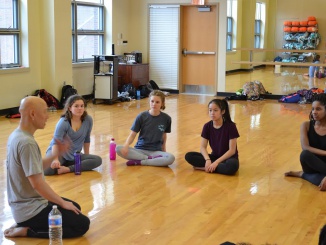 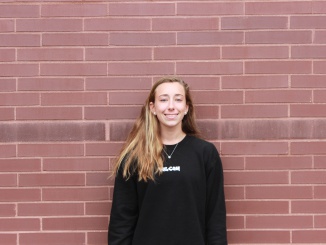