Pedro Carrasquillo has a knack for display cases. After passing by the first floor’s empty exhibit one too many times, the high school’s longtime Spanish teacher took it upon himself to decorate the prime real estate with a new theme each month.

So, when it came time for Carrasquillo to hang his annual Dia de Los Muertos decorations in his classroom, he instead decided to place the props inside the case, thus offering the enjoyment to not only his students, but to the entire school.

This month, under giant, sparkling silver letters that spell “THIS IS US.”, the display features five celebrations of light during late-autumn and early-winter, the time of year with the least daylight. In chronological order, they include: Diwali, Hanukkah, the winter solstice, Christmas, and Kwanzaa. Each is accompanied, of course, by appropriate symbolism and decorations.

Diwali: Diwali, the Hindu festival of lights, is celebrated in the Northern Hemisphere every autumn. Diwali celebrates the victory of light over darkness, good over evil, knowledge over ignorance, and hope over despair. Its celebration includes millions of lights shining on housetops, walls, windows, outside doors, buildings, pathways, streets, and riverbanks. During Diwali, fireworks often light up neighborhood skis and Hindus offer prayers for wealth and good fortune.

Hanukkah: Hanukkah celebrates the miracle of light. Two thousand years ago, determined Jewish men reclaimed their temple from a foreign army. When the priests went to light the menorah, they found only a night’s worth of oil. They lit the sacred flame, and to everyone’s astonishment, the oil burned for eight days. Jews remember this event each year by lighting a special candelabra called a “hanukkiah”.

Winter Solstice: For thousands of years, people have held festivals of light. The winter solstice, the longest night of the year, falls on December 21 or 22 in the Northern Hemisphere and June 24 or 21 in the Southern. Since ancient times, people all over the world have recognized this important astronomical occurrence and celebrated the “return” of the Sun in a variety of different ways. Solstice traditions help to brighten winer and have influenced many of the holidays that we celebrate today. How do you light the way for others?

Christmas: Electric lights twinkle in shop windows, on tree branches and all along the eaves of houses. Inside, they glow on Christmas trees. Lights shine for Christmas when Christians celebrate the birthday of Jesus. In the Hispanic Southwest, people make lights called luminarias. They put candles in paper bags filled with sand. Rows of luminarias line rooftops, walls, and pathways. They light the way for candlelight processions of people enacting Joseph and Mary’s search for an inn.

Kwanzaa: Kwanzaa honors the African harvest traditions and the values of the black community. Each night for a week a new candle is lit. The candles represent the seven principles of Kwanzaa: unity, thinking and acting for oneself, working together and helping one another, buying from one another and sharing the wealth, purpose, creativity, and faith.

In addition, Carrasquillo reminds people of how light has been used symbolically throughout history.

Abhishek Bhattiprolu ’19, a new student from Andhra Pradesh, India, has celebrated Diwali for as long as he can remember and appreciates the inclusive sentiment.

“Though we are from different countries and different cultures, we get along with each other and stand united in this community,” he said.

Carrasquillo typically gets his inspiration for the exhibits based on current events, observances, celebrations, and what props he has available. Usually, he uses decorations already at home, although sometimes colleagues lend him pieces, such the Diwali ornaments and Kwanzaa kinara.

“I think [the inspiration] has to do with thinking about things that are important and common to all of us,” he said. “What’s most important is that we are a visually-oriented society, so the challenge for me is to do it visually.”

Carrasquillo says he has always been creative. In fact, he has a degree in visual arts and taught art for his first decade as a teacher, a little-known fact among his Spanish students.

Other themes Carrasquillo has featured include Martin Luther King Jr., Roberto Clemente, women’s history, LGBT causes, and many more. In the coming months, he anticipates creating a display about immigrant experiences in light of recent events. He also claims to have some surprises up his sleeve.

Carrasquillo generally spends between ten and twenty hours in total putting together each month-long display, although some have taken more or less time depending on their complexity.

For last year’s Ramadan exhibit, a few of his students suggested the topic and collaborated with him to design the look. Another of Carrasquillo favorites is up right now, especially due to the massive “THIS IS US.” label at the top, which signifies the display’s inclusive nature for the school community.

“‘This is Us’ shows that everyone has a place at the table and that everyone is equal and celebrated,” he said. “You can’t just assume or impose; you just have to be respectful of people’s traditions and what makes them happy.” 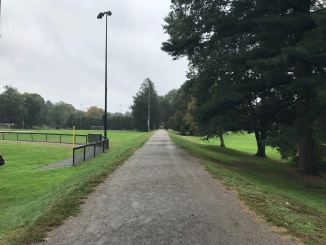 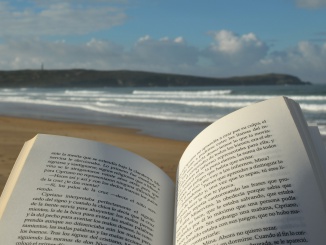