Leon Xiong ’17 is well known for his collection of unique animals and creatures. This past Thursday, his most frightening pet – Xiong’s pet tarantula – took an unexpected journey with him into Ms. Leah Burby’s sophomore Algebra 2 class.

It was a minute before the bell and everyone in the class was putting their binders away, when all of a sudden someone started to scream. Chris Burke ’17 looked up while packing up and saw the tarantula crawling towards him. Burby eventually got the situation under control by getting a cardboard box with air holes for Xiong to put the tarantula in.

“As I was packing up, I looked up and saw the spider crawling towards my shoe,” said Burke. “I flipped out.”

According to Xiong, he got the tarantula in January and lost it in early March while making it a new tank. He had assumed it was loose somewhere in his house until it tagged along with him to school in his coat and crawled out as he was getting ready to leave.

“I was at my desk when I heard people screaming about a spider,” said Burby. “I’m not afraid of spiders in general, and I thought this one would be very small. When I saw it, though, I thought it might have been poisonous, and got slightly scared.”

After learning that the tarantula was harmless, Burby retrieved a cardboard box from an adjacent room, poked a few air holes in it, and gave it to Leon so he could put his pet inside. They taped up the box so the tarantula could not escape, and the box was confiscated by housemaster Mr. Andrew Kelton until the end of the day when Xiong brought his now-famous spider home.

News of the spider breezed through the school, with pictures of the incident on Snapchat and stories being told by the students who were present at the tarantula’s grand entrance. When asked if she could recall a more strange incident occurring in one of her classes, Burby said quickly: “No. This is the strangest thing that has ever happened to me in school.”

SATIRE: Featured (better than) teacher: This kid has all the answers

Why Wellesley can no longer practice selective sensitivity 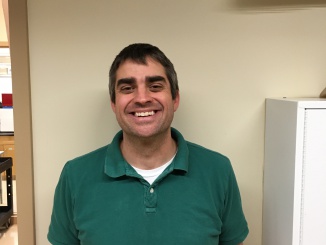