Pending Student Council’s approval, the laws of class warfare at the high school may become more stringent. New rulings, proposed by a group of visibly bothered seniors, would increase penalties for students sitting in the wrong class section of the café during lunch.

The new proposal outlines sections of the café for each class. This process took minutes as the class sections have been clearly outlined since March of 2012, weeks after the new school building was opened.

At a recent meeting to debate the positive and negative aspects of the proposed law, members of the high school community had varied opinions.

The seniors who proposed this law expressed outrage at the carelessness of freshman and sophomores as they decide where to sit during lunch. “The penalty for sitting in the wrong section needed to be more harsh,” said one senior. “The school can’t just let this kind of madness continue.”

Other upperclassmen have complained about the sense of entitlement many students have about where they sit at lunch. “This new generation feels entitled to do whatever they please, and they need to grow up,” said a junior. “Welcome to the real world.” At the time of publication, the junior was lobbying against sophomores sitting at a lunch table near him.

Many were skeptical of how the new lunchtime rules would be enforced. Supporters of the proposal suggested options such as caution tape to set apart each section. More drastic ideas included hiring three security guards and a police officer to enforce order in the café during lunch.

Faculty members approved of the new proposal, claiming that it would create more class unity. “The new proposal goes with our core values,” said an administrator. “Each grade needs to work cohesively to provide an equal learning environment for all, whether that is in the classroom or the lunch table.”

Most students at the meeting were in accordance, although some were a bit confused with the administrator’s entire sentiment. “I thought the core values only applied to upperclassmen,” said a sophomore.

The problem with posthumous ethnocentrism 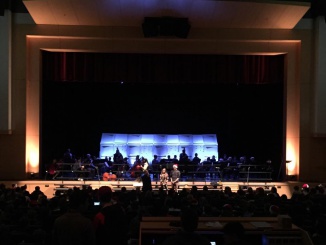 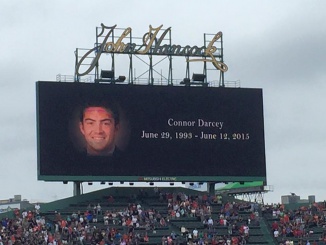 Beyond the crease – in loving memory of Connor Darcey ’12