Inside almost every girl’s backpack at school, for about five days each month, a small pouch contains a half dozen tampons or pads. However, many girls will relate to that stomach-dropping moment when they reach into their bag, only to find that they left their pouch at home.

Many girls at the high school have noticed the instillation of tampon dispensers in the girls’ bathrooms. Tampons can be purchased for fifty cents from these machines, but they used to always be free at the nurse’s office. While still available at the nurse’s office, there is now a more limited supply, so most girls must now pay for them.

The change occurred for several reasons. The Wellesley Public School system does not have unlimited funds. Tampons are not cheap, costing around five dollars a box. The Nursing Department, which purchases tampons for the high school, has many other costs to cover.

“I do a supply order at the beginning of the year… that has band-aids, paper cups, all those other things, and tampons,”  said Linda Corridan, head of the Nursing Department.  “We get our supplies in late August and I usually have to do another supply order during the year…There is only so much money to go through all of our supplies and we need to use them wisely…It is expensive. It is hundreds of dollars.”

In addition, the dispensers were not added only for the student population.

“The building has gotten a lot more public use, and with public use, you have to have things available for the public. So, I felt very committed to putting machines in so that people after school in the evening would have access to feminine hygiene products if they needed them,” said Corridan.

However, several concerns have been raised with girls about the school selling tampons. One of the concerns lies with the quality of the tampons in the school dispensers.

Workplace Essentials, the company providing the tampons and the tampon dispenser for the high school, proclaims that they are “Delivering the Green in Hygiene.” However, anyone who has ever tried to use the water fountains at the high school and experienced the water pressure produced by the natural pressurizing system realizes that the most energy-efficient products are not necessarily the best products.

“If people are not going to want to use tampons with a cardboard applicator, then we should consider doing a drive to create a stash,” said Mary Catherine Mullin ’17.

Himmelberger agreed, stating, “I have never seen a single girl touch that machine.”

The issue goes beyond girls not wanting to use the type of tampons available. The cost now associated with getting tampons at school has sparked a conversation that echoes one happening across the country. Although the exact dollar value changes slightly, a women generally spends over $2,000 on tampons and pads over the course of her life. Jessica Valenti of the Guardian expresses her feeling on the cost associated with tampons, saying “Menstrual care is health care, and should be treated as such…Why aren’t tampons free?”

Like Valenti, some of the girls on the Student Congress feel that the school should not charge for tampons.

“The main issue is that tampons used to be easily accessible, and now they are being sold. Since there are teenage girls in the building, the tampons should not be sold for money,” said Savitri Fouda ’17. “We are just saying that the school is acting like your parents when you are here and by extension you should not have to pay for tampons, but that is just the ideal. We understand that there is money involved.”

Recognizing that the school may not be able to provide tampons for free beyond emergency situations, Student Congress members are considering conducting a drive to increase the nurses’ stock.

“The reserve stock has gone down a lot, and if the nurses feel like you are abusing [the supply], they won’t give them to you,” said Fouda.

Julia Himmelberger ’18, another member of the new Student Congress sub-committee on tampons, agrees with Fouda.

“I think that it is fine that they have the ones that you buy in the bathrooms because they have those everywhere, but I think that in the nurse’s office, they should have more,” said Himmelberger.

Corridan touched upon the topic of students abusing the stock as well. She feels that especially with the cost associated with providing tampons for free, keeping a basket in the bathrooms of free tampons, an idea voiced but vetoed in the Student Congress meeting, was not a feasible idea.

“We have at times been very generous with putting a supply out in the bathrooms, but it is abused. If we put out 20 tampons, in two hours, they are gone,” she said.

The Student Congress recognizes that leaving free tampons unmonitored in the bathrooms could result in abuse of the system. They discussed having some tampons available in the House Offices, to be monitored there.

“My issue is that if you are on the fourth floor and you get your period, and you don’t have anything, you then need to go to the first floor,” Kate Dario ’18 said, in regards to emergency tampons only being available in the nurse’s’ office.

Corridan agrees girls should not be going to the nurse’s office for tampons, but for a different reason.

“There is no need for someone to leave a classroom and go all the way down to the nurse’s office for a tampon or a pad. They are not sick. It is not an illness,” said Corridan. “Certainly, if someone has menstrual cramps… that is the appropriate time to let the nurses know so that they can help you get back to class.”

Overall, Corridan wants to stress the idea that girls are old enough to be paying for their own tampons and pads.

“The machines are here to stay… Everyone should have their own supplies and it should be their responsibility to take care of their own needs… It is not a school requirement to have [free] feminine hygiene products available.” 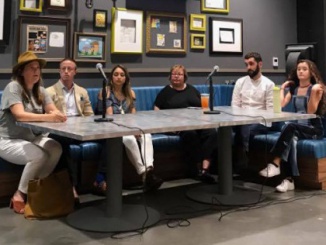 Fashion takes over Boston this week 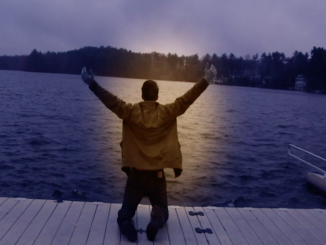