Performing comedies, tragedies, romances, and horrors, students with varying acting abilities will take the stage on December 13 and 14 to present One Acts.

One Acts serve as the first-semester project of Acting IV’s directing unit. Directed by students enrolled in Acting IV, groups of two or three students work together to create an entire story from scratch.

The student directors encouraged all actors to try out and audition for this challenging and exhilarating experience.

Aria Moshief, an acting IV student, is directing one of the twelve One Acts this year.

When choosing the act, Moshief had to first consider a genre. After speaking with Mrs. Sullivan, the drama director, Moshief chose a horror One Act. After doing lots of research, Moshief knew she wanted an element of fear portrayed.

“Growing up, I loved horror movies, and I knew I wanted to create a piece that the audience would remember,” said Moshief.

As a director, Moshief has the ability to bring actors from all levels of experience together.

“Two-thirds of my actors are inexperienced, putting their best foot forward, and giving everything they have into working on the One Act,” said Moshief.

Each small group must create a scene, providing an opportunity for the actors to show their creativity and commitment to risky choices.

After the directors cast actors for their scenes, rehearsals run both at school and at the directors’ homes; with as many as three practices a week, One Acts take up a large part of these students’ lives.

Typically, actors warm up before blocking a scene and work on developing characters. A week before the show, actors meet the tech crew and rehearse in the Little Theater with lights and sound. Not only do tech rehearsals allow actors to strive for perfection, but they also allow them to grow close with directors and castmates.

Actress Kleo Mitrokostas ’20, alongside Andrew Stevenson ’20, will participate in a One Act directed by Cam MacKinnon ’19, titled “CP I LOVE U”. They were unable to disclose the entirety of the plot, but the scene focuses on a guy, named Dave, and the robotic computer assistant he built.

“My favorite part is definitely the actual performance day. Of course it is amazing to get to perform your own One Act and share what you’ve been working so hard on, but you also get to see all of the other One Acts and cheer on your friends. The audience is always having such a good time and the atmosphere in the room is just so positive and vibrant,” said Mitrokostas.

Fellow actor Alexa Kahn ’20 cannot wait to see what the seniors have created.

“One Acts are really cool processes because it’s up to you, the director, and whoever else is in the act, and so much freedom and so many ideas make this process very special,” said Kahn.

“Everyone should come see One Acts. There are so many genres, ranging from comedy to horror, that I guarantee everyone will enjoy the performances,” said Moshief. 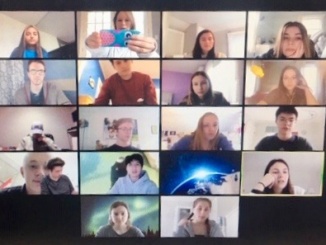 Acting 3 class uses scene prompts to practice together over Zoom during Remote Learning 2.0 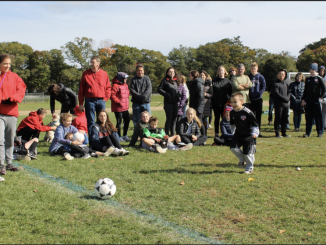 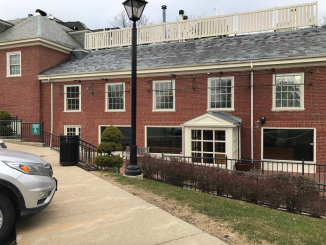 Sudden closure of Bertucci’s leaves town ready for something new