Although the freshmen started school just one month ago, they are quickly adjusting to the high school lifestyle. For class president Josh Lunger ‘21 and vice president Tommy Hillmer ‘21, their start has been a little different due to an exciting election in which they won against at least eight other candidates.

For Lunger the year remains undefined as far as his platform, and for right now, he’s still learning to navigate the high school. Like others in his class, he is learning from his freshmen mistakes, too, such as being 20 minutes late for Physics after taking the wrong lunch block.

“I just want to remember to go to the right lunch every day,” Lunger said. “It was embarrassing, my lowest point of high school so far” Lunger said.

Lunger plans on playing for the high school hockey team this winter, which will teach him to manage a lot of school work in a small time frame, as well as keep up with his role as class president.

Even though he’s still navigating lunch, Lunger is already starting to make an impact. His first act as president includes the creation of the class of 2021 Instagram account. The main goal of the account is to allow students with social media accounts to voice their opinions by voting on themes for class events and liking or commenting on the posts of their chosen theme.

Also, the class officers plan on accommodating those who do not have those social media accounts by creating a “Remind” thread that allows communication through text messages for all students with a cell phone.

Vice president Hillmer has started  high school adjusting to an equally busy schedule that includes a large amount of homework as well as his involvement in the fall musical Sweeney Todd.  Hillmer’s main goal for the year includes valuing the opinions of all students so that the class events can be appealing to everyone and limiting the amount of people who choose to skip event.

“I want freshman year to be the best year that it can be,” Hillmer said. 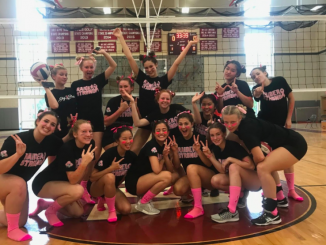