In the fall, October brings breast cancer awareness. Many sports teams, support awareness by wearing pink. The teams most involved this year includes soccer, volleyball and the swim team.

People from all over town make sure to attend various sport games specifically to benefit breast cancer awareness by donating and supporting the teams during games all throughout October. At these games, athletes wear pink in support of the battle against Breast Cancer.

“The ultimate goal this month is to show that Wellesley High School soccer supports those who are affected by breast cancer,” said varsity girls soccer goalie Mackenzie O’Neil ’20.

For one home game and one away game, players on the Wellesley girls soccer team wear pink bows in their hair and tape their socks pink to show their support and consideration for those who have been  affected by breast cancer within their lifetime.

During the volleyball season, the team held a Dig Pink event where the varsity team played a game, and multiple people created posters for the team and put decorations on the wall in order to show their support as well as donating as much as they can after school on October 25, defeating an opposing team 3-2 in the process.

The volleyball team raised money by selling specially designed tee shirts for $10. Raffle tickets were also sold at three for $10 or two for $5 with the grand prize of two Patriots tickets for the Patriot vs. Dolphins game, as well as multiple gift cards to various local businesses around Wellesley including Bella Sante and J.P. Licks.

“The event is a fun way to show our support especially on our last game of the season. I’m close friends with all of my teammates so we all try to be there for each other if one of us knows someone with breast cancer,” volleyball player Annabelle Olson ’20 said.

The varsity swim team shows its support for Breast Cancer Awareness month in a similar way by wearing the color pink as the spirit wear color before their meets in October.

“If other people on my team knew people that were affected by this illness, then we would definitely support them and be there for them as a group,” varsity swim team member Paige Buller ‘20 said. 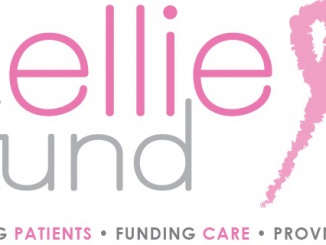 The fight for cancer is a family fight 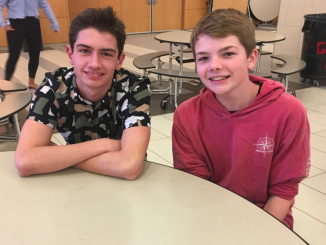