A young woman in 1940’s style clothing walks along a train station platform, clutching the arm of the man next to her. Music swells dramatically as they approach a guard in a Nazi uniform and hand him their papers. For a few suspenseful moments the guard inspects their documents, and expressions of terror cross both the man and the woman’s face. They are, however, waved on, and they sigh in relief as they step into the train car. This woman is Martha Sharp, and she just smuggled a wanted anti-Nazi journalist out of German-occupied Prague under the pretenses that he was her husband.

Defying the Nazis: The Sharps’ War premiered in September 2016 and is a documentary about an American couple in the early 1940s who risk their lives to help Jewish refugees escape from Nazi-occupied countries. Waitstill Sharp, a minister at the Unitarian Universalist church in Wellesley Hills, and his wife Martha Sharp were asked by the church to smuggle refugees wanted by the Nazis out of danger. They decided to go, and, leaving their two young children behind, devoted two years of their lives to this noble cause. The Sharps rescued several people, including a respected surgeon and three anti-Nazi journalists. This film tells the story of two brave, moral citizens who saw people in need and fearlessly rushed to their aid.

Based on a book of the same name that was written by the Sharps’ grandson, Artemis Joukowsky, this documentary was co-directed by revolutionary filmmaker Ken Burns. Burns’ previous films have won 12 Emmy awards, two Oscar nominations, and a Lifetime Achievement Award from the Academy of Television Arts and Sciences. Joukowsky co-directed this film, and is the founder of No Limits Media. World-renowned actor Tom Hanks, a two-time Academy Award winner for Best Actor, voices Waitstill Sharp. Marina Goldman, founder of Foundation for Rescuers, an organisation inspired by Martha Sharp’s story, voices Martha Sharp.

The documentary contains a variety of mediums, including pictures, clips of films, reenactments, and personal interviews. Burns uses the aptly named “Ken Burns Effect” in the documentary, zooming in on and panning the camera across still images. He adds clips of real footage from World War II, which reminds the viewer how real this story is. Burns also includes reenactments of the most important parts of the story, dramatizing the events.

Throughout the film, the voices of Waitstill and Martha Sharp narrate the events, sometimes reading aloud from actual letters written by the couple when they were apart. To add more depth and reality to the film, one-on-one interviews with Holocaust survivors as well as World War II historians are shown. These interviews help to put the Sharps’ story into perspective as the viewer hears others’ Holocaust experiences.

The film is dramatic, emotional, and informative, pulling viewers in and allowing them to become attached to the characters. It is refreshing to see a story told using means other than just old film clips and a narrator. The personal interviews help the viewer gain more knowledge of the situation, and allow for sharing different sides of the story.

Ken Jaworowski, a movie critic for The New York Times, mentions that the documentary “remains valuable to watch, and [is] commendable for bringing the couple’s story to light.”

This documentary is not only interesting, but relevant to Wellesley residents. Waitstill Sharp was a minister at the Unitarian Universalist church here in Wellesley. The church was shown multiple times throughout the documentary.

Because of this, the Unitarian church had a showing of the documentary on October 5th. There was a panel discussion afterwards as well, with special guests Artemis Joukowsky, a Nazi survivor rescued by the Sharps, and the new president of the Unitarian Universalist Service Committee, Tom Andrews.

Overall, Defying the Nazis: The Sharps’ War is a fascinating documentary that draws the viewer in and doesn’t let go until the importance of their story is understood. The film conveys the message that the Sharps were brave, compassionate people who sacrificed their safety to ensure the safety of strangers. 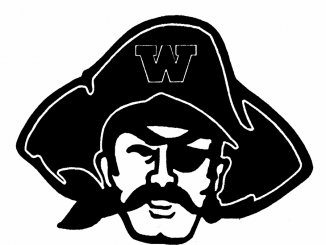 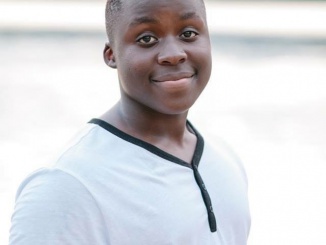 Bongani Musikavanhu ’18 reflects: Racism is not a new struggle