In the biggest national showing that CRI has ever seen, three boats of eight qualified for nationals at the USRowing Northeast Youth Championships. 1/3 of those boats are filled with Wellesley students.

Wellesley competitors come predominantly from the Class of 2015, including Lauren Barnard, Joe Buckley, Ari Cohen, Sophie Overall, Emma Quirk, Katie Quirk, and Paul Giroux. A contingent of younger rowers is also being represented, as members of the Class of 2016 Jake Axbey, Ryan Connon, and Alexa Marscasciano have also qualified.

The Championships will take place at Nathan Benderson Park in Sarasota-Braden, Florida, this June. The event involves 1,500 of the nation’s best rowers, all competing in national Championships in 18 different boat classes.

According to USRowing.org, 150 teams from all across the country will be taking to Sarasota-Bradenton for a shot at national titles. “It’s always scary going against crews you haven’t raced before especially when it’s all the fastest boats in the country,” said Paul Giroux ’15, who has been training with his boat since the fall.

CRI provides opportunities to participate in the sport for beginners, adults, and athletes at the Youth Varsity level. CRI’s nationally ranked Competitive Varsity team practices nearly every day of the week, and participates in multiple regattas each season. According to CRI’s website, the Varsity team is “an ideal fit for athletes who…are dedicated to improving their rowing skills and competing at a high level.”

Rowing is known among its participants and spectators as a physically grueling sports. Training never stops for these athletes, even after practices. Rowers make “good choices outside of practice like on the weekends,” said Giroux.

For some rowers, the national Championships are an opportunity that they have dreamed of for years. “It gives us the opportunity to prove ourselves on the national level and win a medal which has always been a dream of mine,” said Giroux.

Athletes are thrilled at the prospect of bringing a national title back home to Massachusetts. “We are all very excited to race against the fastest crews in the country for a shot at a national title,” said Joe Buckley ’15, who will be rowing the first Varsity boat of eight.

Participating on the national stage, rowers may feel some pressure to succeed, but they are taking it all in stride. “I can’t wait to use the energy all of us have had since regional championships in a race,” said Jake Axbey ’16, who is currently rowing for his second season as a member of the varsity team.

Although the rowers look to try their mere best, they also hope to put in maximum effort in order to earn a victory at the Championships. “Everyday we push ourselves harder than we thought was possible with the hopes of earning a spot on the medals stand,” said Lauren Barnard ’15.

The CRI organization, and its Wellesley rowers see the national championships as an opportunity to showcase their skills on an unparalleled level. “We have been training for this race since September everyday,” said Jake Axbey ’16. [We] want to show the rest of the of the country how fast we are.” 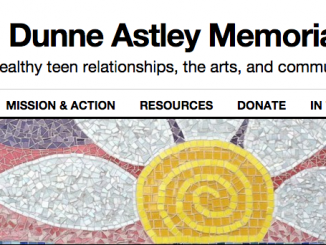