“As a result of the Governor’s order, the Board of Selectmen and the Board of Health took no action on a Face Covering order for Wellesley. Officials will further review the executive order this weekend and determine if additional clarification or guidance specific to a supplemental Wellesley mask order is needed,” said Wellesley’s Coronavirus Briefing on May 1.

In the town’s initial proposal, several additional aspects were included which put restrictions around citizen’s outdoor and indoor activities. One area that drew a lot of feedback was restricting access to Wellesley’s Brook Path given the new influx of people using the path since the stay at home mandate went into effect in March.

“The Board of Selectmen is trying to balance a public health crisis with the need for residents to exercise, enjoy the outdoors, and maintain their mental health,” said Wellesley’s Selectman, Amy Frigulietti.

Specifically, the draft reviewed on May 1 called out the use of the path by runners and cyclists. This proposal resulted in strong opposition from the local community:

“When this was proposed, believe it or not, there were about 200 emails from residents going to the Selectman. Most of them from runners or joggers saying, ‘come on, we got to get out there and run and jog’,” said Wellesley Board of Health Chair, Shepard Cohen.

There were some mix of views on why targeting runners and cyclists came to be an option. Before May 1, many walkers were complaining about packs of bikers and individual runners who were never wearing masks. From a scientific basis, the view is while running, people may have more chance of coughing or breathing hard which could create a greater risk of spreading the virus.

On May 4, the Board of Selectmen and Board of Health voted to approve an order regarding wearing face coverings that were meant to be a supplement to Governor Baker’s state-wide order. There was no restriction included on the Brook Path – the voice of the community made a difference.

“The Town would like people using the Brook Path to cover their nose and mouth where physical distancing is not possible – whether you are walking, running, or riding a bike. Please do not congregate on the path and walk single file when there is a need to create distance. Also, please keep all dogs leashed and next to you at all times when appropriate,” said Frigulietti.

The town did take action to put signs up on the Brook Path to remind people of the current rules.

“I think it is a good idea to put signs up and do it in a positive way, instead of signs that say ‘don’t, don’t, don’t,’ be a little more positive about it. I don’t think people really appreciate others shaming each other publicly, so I think it was good that the town listened to people in this case. If people don’t behave themselves, then they put the town in a hard position to make a decision that is not popular with everybody. I think the town has done a pretty good job trying to make responsible decisions,” said Bob Brown, co-editor of The Swellesley Report.

While the closure of Brook Path has been resolved, more controversy continues. The most recent target is Morses Pond.

“People are crowding down at Morses Pond, not necessarily on the sandy beach, but the trails around the pond…We don’t want to close it so people can have a place to walk,” said Cohen.

One particular challenge was parking as the gate to Morses Pond is not yet open and cars are lining up on Turner Road. On May 11, The Board of Selectmen voted to open the gate, effective May 13, and allow access to the beach parking lot, but the beach remains closed until further notice.

The concern remains that when summer comes and people flock to the beach. Will it be possible to safely open the beach? Based on the results of the Brook Path decisions, the community will play a large role in how any restrictions play out. 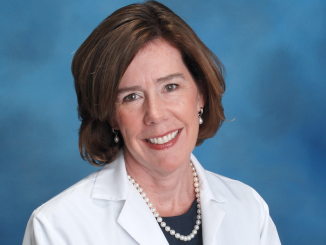 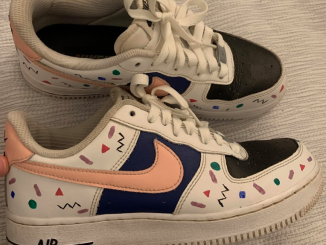 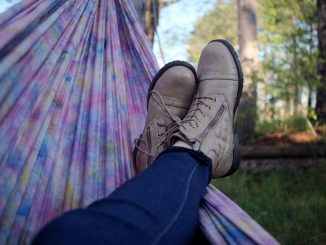 It’s ok not to be amazing right now