Imagine a security app for the high school. To enter and exit the school when the doors are locked, students and staff would have to type in their Google Docs username and password, and guests would go through the short process of creating a guest account. This is just one of the many innovative apps created by middle-schoolers and high-schoolers at this year’s CreateAthon.

On March 24, the high school hosted its second annual CreateAthon, a free, student-run event in which middle-schoolers and high-schoolers living in or attending Wellesley schools worked in teams to build an app from scratch. The apps address solutions to specific community problems concerning issues related to the environment, education, or health and wellness.

Ethan Chiu ’17, who became interested in computer science after getting hacked by a virus on his computer, thought of the idea of the CreateAthon back in 2015 after attending Boston Codeday, his first of many hackathons. Hackathons are collaborative computer programming events in which people come together to design something, such as an app.

“I remember feeling so amazed by how I could create a web application in two days with three other high schoolers that I had just met. During HackGenY, a hackathon in California for high schoolers, I befriended many other high school coders across the world. From those experiences, I wondered why there were no other free and accessible programming events in the MetroWest area for young people to learn from,” said Chiu.

In 2016, he formed a team with several others including Eleanor Boyd ’18. Receiving funding from the Wellesley Education Foundation and Launch X, MIT’s high school entrepreneurship program, the team started the first CreateAthon in the spring of 2017.

“The CreateAthon is a more hands-on version of a hackathon. Instead of having the event over the course of three days like most hackathons, we really focus on the learning and collaboration part of the hackathon,” said Chiu.

Boyd, who started the event with Chiu and was this year’s chair of the event, changed the focus of the event to incorporate a larger amount of creativity and instructional pieces so even beginners could attend and feel successful. The event requires no programming experience, since participants get to learn about coding and the process of turning an app idea into a reality with the help of professionals and high school mentors.

“We lean a little bit more towards an education experience, which is why we focus our judging and our mentorship on the process of ideation. Ideation is about how to understand a problem, come up with a solution, and break that solution down into codable pieces,” said Boyd.

The event consists of two major pieces. While the morning involves four different workshops to learn the skills needed to formulate an idea and create an app based off that idea, the afternoon is for coding and presenting the app. Students create a poster with an outline of the different functionalities of their app, a part of the event that gives all participants an opportunity to shine and share their ideas.

Under each of the four categories (best overall, best coding, best idea and best business development), the winning team was awarded either a drone, a speaker, or hex bugs.

This year, 76 students participated in the CreateAthon on eighteen teams, each assigned with a volunteer mentor taking one of the high school’s AP Computer Science courses.

One of the mentors, Emily Lo ’20, taught her group of four middle school girls the basics of MIT App Inventor, guided them through designing an app, and answered any of their questions.

“I learned how creative the middle school students are. Every student, whether they had coded in the past or not, came with a great attitude, an open mind, and great ideas,” said Lo.

Computer science teacher Dr. Robert Cohen played an essential role in determining what to teach the students in the first year of the event.

“Dr. Cohen helps and supports our event in so many ways I have lost track of all the different hats he wears at this point. He also helps us network with the school, finding the twenty student mentors which we needed to advise the students, and connecting with school system administrators to make sure our event runs smoothly,” said Boyd.

Boyd hopes that the CreateAthon will attract a wider range of kids in the future.

“I want students who are not interested in computer science to attend the event, because it is a stress free way to learn about the role which technology can play in problem solving. I think many students could find computer science as a stepping stone to some of their other goals, as many of today’s industries use computer science. I hope the CreateAthon can be the opportunity for students to give computer science a try,” said Boyd. 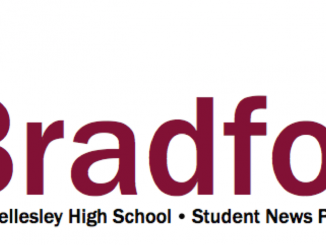