On October 17, hundreds of thousands of people began casting their votes for the 2020 elections. On November 3, millions more will cast their votes.

Wellesley voters can, of course, vote for the United States Presidential election. In the running is incumbent President Donald J. Trump, a Republican, and former Vice President Joseph Biden, a Democrat. Their running mates are Mike Pence, former Governor of Indiana, and California Senator Kamala Harris. Massachusetts is considered one of the “solid blue” states historically, so it is unlikely that voters in Massachusetts will choose to re-elect Trump. Neither Biden nor Trump has visited Massachusetts since the Democratic Primary, and despite being a Republican, Massachusetts Governor Charlie Baker has not endorsed Trump.

United States Senator Ed Markey is also up for re-election. He is challenged by Kevin O’Connor, an attorney from Dover, and the Republican nominee. Although a recent poll put O’Connor only 10 points away from the incumbent, it is highly unlikely that he will win. Markey has been an elected official since 1973 and has a wide base of support, both nationally and within the state. On October 5, the two faced off in a debate on WGBH News where they discussed topics such as COVID-19, Supreme Court nominee Amy Coney Barrett, and Markey’s co-sponsored “Green New Deal”. O’Connor mostly campaigns as a “common-sense candidate”, and is an outspoken advocate of Trump, something that some political scientists believe makes this race tougher for him.

In the race for the U.S. House of Representatives seat left open by Joe Kennedy III, two candidates compete. Jake Auchincloss, the Democratic nominee for the 4th Congressional District is a Marine Corps veteran and graduate of Harvard College and MIT. Auchincloss narrowly won the Democratic nomination by a slim margin of only 2,000 votes, or just over 1%. Julie Hall, Auchingloss’s Republican opponent, is a former Air Force Colonel. While Auchincloss is a self described “pragmatic progressive”, many consider him to be a more moderate Democrat. Auchincloss has also described Hall as a “Trump Republican”, although Hall rebuked with “I am a Julie Hall Republican — a conservative.” Like O’Connor, Hall faces a district that has not elected a Republican candidate in many years. Massachusetts’ 4th District hasn’t seen a Republican Representative since 1992.

In terms of the referendum questions, Question 1 deals with “right to repair” laws in Massachusetts, with regards to what information car manufacturers can withhold from independent car repair and auto shops, and what information they must release for public use. According to Boston University Today, “The ballot question, if approved, would require carmakers to outfit every car, beginning with 2022 models, with an open-access platform for mechanical data, available to car owners and local repair shops.” Supporters of a “Yes” vote argue that this would allow smaller repair shops to compete with car manufacturers, promoting competition and lower prices for consumers. They also argue that consumers will have more of a choice when deciding where to get their car repaired. Opponents argue that making this information more widely available to shops and other people increases cyber security risks, creating the possibility of hackers being able to gain remote control of cars. Supporters of Question 1 have raised just over $24 million, while opponents of Question 1 have raised just over $25 million, with the top donors being major car companies such as Toyota, Honda, Ford, and Nissan. Overall, Question 1 seems to have more difference of opinion than Question 2, which appears to be more unanimous.

Those in favor of ranked choice voting argue that it creates a system in which voters do not have to worry about “wasting their vote” and that the system promotes third party voting. Opponents of ranked choice voting argue that it is too confusing and that the average voter will not understand how the system works. Andrew Yang, Democratic candidate for President in 2020 has said, “We would feel free to vote based on which candidate best represented our values, instead of voting for a candidate based on their odds of winning.” Yang is in favor of implementing a ranked choice voting system. As of October 2020, organizations in support of Question 2 have raised almost $10 million, while the opposition has raised just over $3,000. Ranked choice voting is also on the ballot in Alaska this November.

“The dining room isn’t D.C.” A guide to avoiding politics this Thanksgiving 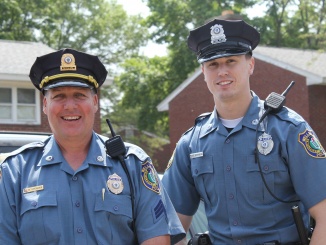