It was far from a relaxing summer for Girls basketball coach Glen Magpiong and Graham Raveret ’19, who each pushed their limits in cross country bike treks across the United States that brought unforgettable moments.

After biking across the country with his now 80 year-old father, Earl, three years ago, Magpiong wanted to do it again with his dad and Wellesley resident Tucker Swan, this time raising awareness for ALS.

Through pledges and donations, Magpiong was able to raise $21k for the ALS Therapy Development Institute in Cambridge. To remind him of his motivation to bike throughout his trip, written on his gloves were the names of ALS victims that he knew as well as Connor Darcey’s ’12 initials as well.

Raveret went on Overland’s “American Challenge” bike trip with 11 other kids from the northeast his age. Overland is an organization providing 4th through 12th graders a wide array of summer experiences in places all over the world. His 45 day trip went six weeks early on in the summer, while Magpiong rode for 61 days from the start of August to the end of September.

A longer trip, however, did not yield a smoother venture for Magpiong, as his life nearly changed for the worse on Labor Day.

It was 7:00 in the morning, as he and his group were up early as always riding through Oklahoma when woman in a pickup truck cut a corner and knocked Magpiong and his bike down. Her two rear left wheels rolled over his legs and his bike was totaled.

“I didn’t know what I was going to find with regards to how badly my leg was hurt. When I grabbed at my leg and lifted it up it was straight, and I thought I was going to be okay, and I was,” Magpiong said. “I looked back at my bike and I said some choice words, and I thought, now what am I gonna do? As long as I could ride, I needed to ride and that’s why I had to find a bike as quickly as possible.”

He was rushed to the hospital where miraculously his legs only required stitches. According to the officer that first saw him, he later told Magpiong in the hospital that if the driver was one foot further to his left, he might have been more seriously injured or dead.

“To be honest, I am very lucky to even be alive,” Magpiong said, looking sentimental as he spoke. Earl, too, was frightened by the accident.

“I felt panic, shaking with a knot in my stomach; I did not know what had happened. But a few minutes later I also felt a strong sense of relief when I knew that Glen was going to be okay, but still upset that just a few minutes earlier he was in great spirits looking forward to the day’s ride and here he was unsure about continuing the ride,” Earl said.

His wife was able to fly down and meet him at the hospital, and after much effort they were able to find a bike shop all the way in Albuquerque, New Mexico, to answer their call on Labor Day. With that, he and his wife grabbed his mangled bike from the hospital dumpster along in hopes of reviving any spare parts, and drove to Albuquerque to pick up a new one the next day.

After that, they drove back to Groom, Texas where he resumed biking with the group.

Well, suffice to say I am so very grateful to be here. Hopefully the video plays and isn't taken down cuz of the music…

“The physical effort of riding a long distance, at times, takes one’s mind off of the negative stuff and focus on the task at hand.  The re-union in Groom was joyful, astonishing, and wonderful,” Earl said.

It was a brief pause in biking for Magpiong, but he promised to never forget what happened that day.

“I made a pact with myself that I wouldn’t complain about anything. If it was hot, rainy, windy, hilly, if the room we were staying at was not good or the food was bad, I wasn’t gonna complain because I was lucky to be there,” he said. “And there were a couple times I had to catch myself, because it would get very windy and I would think “negatively,” so it taught me to be grateful.”

Throughout the trip either Glen, Earl, and Tucker would blog the stories of their journey on crazyguyonabike.com, a website central to bikers sharing their stories. They also provided daily video updates on their Facebook accounts regarding their progress during the trip and their stories from the day.

Magpiong’s trip started in Charlestown, Massachusetts and went across the northern tier of the country until they reached Route 66 in Illinois, which they rode all the way south and west to the Santa Monica pier. Raveret, on the other hand, started on the shores near Charleston, South Carolina and also dipped his tires at the Santa Monica Pier.

Although their routes were different, they both experienced and attested to the simple and similar routine of a coast-to-coast bike trip: “You wake up each morning with one goal, and that’s to get further and further west,” Raveret said.

Waking up at daybreak, biking around 40 miles with structural breaks in between, and resting for the rest of the afternoon and night made each day routine and regimented. “That’s what makes it kind of easy,” Magpiong said. In addition, both agreed that the break from technology and the fast-paced life back home was well worth it.

For Raveret, his most memorable experiences on the trip came when he biked through the Rocky mountains, especially appreciating the incredible scenery in contrast to the redundancy of great plains. He also recalled that he and his group mates got to know each other a lot better by then.

The midwest, on the other hand, left a big impression on Magpiong, as he biked through that region he realized how little is really needed to survive. “Life just seems to be really simple and inexpensive,” Magpiong said. “It was nice, and in some ways it was also a little depressing because as we were riding through some towns the buildings were boarded up or the businesses were gone,” he said.

When he, Earl, and Swan rode to the pier, many of Earl’s biking friends from California came out to ride with them, making the group 18 people. In addition, Glen’s wife, daughter, and three of his good friends came to greet them at the pier.

“I did it. Despite the accident, I did it,” Glen said. “The fact that all those people wanted to share in finishing our journey meant a lot.”

As an 80 year old that biked across the country, Earl said it felt, “both satisfying and humbling when I stop to think about it. There are always concerns about one’s fitness” he said. “Yeah, I can still do this and enjoy it.”

“At first it didn’t really hit me until I saw the ocean about what we did,” Raveret said. “You’re going six weeks not seeing your family, but it’s kind of nostalgic because you know you’re going to have to say goodbye to the people you made such good friends with. It’s easily one of the best experiences of my life.” 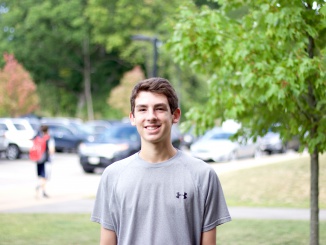 The role of ignorance in racism 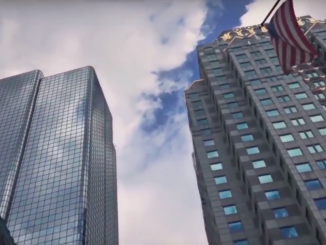 Videos from the WHS Film Festival 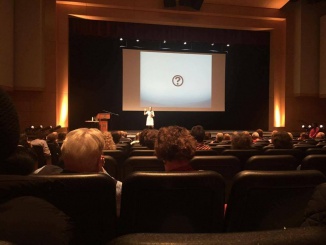