After two consecutive victories at the Division II state championship, the high school varsity girls’ hockey team is on their way to a third. Since qualifying for the state title this year, the Raiders haven’t allowed the pressure of winning five state championships in the past six years to affect their performance.

“I wouldn’t say there is any pressure to win, but there is definitely an expectation between the coaches and the players that we must work hard to be as good as we can and make it back to the Garden,” said captain Bridget Noonan ’20.

The Raiders pressure-free strategy has proven effective; they hold a record of 15-1 so far this season. They are undefeated in league games, suffering only one loss in their first non-league match against Austin Prep on December 18.

In between their matches against Austin Prep, the hockey team won game after game and practiced tirelessly every day, until they faced Austin Prep again. They went on to win the second game 3-1 on January 22, earning themselves a spot in this year’s state championships.

The Raiders have an intense practice and game schedule, practicing every day of the week, including weekends, and playing multiple games per week. During the three week period between games against Austin Prep, Wellesley played and won seven games against Needham, Natick, Newton North, and Brookline teams.

“We were able to see where we were vulnerable, but also what parts of our game we needed to focus on,” said head coach Paul Donato. “The message is always the same after a win or loss. We are trying to be the best version of our team each game, and working to improve that version every day at practice.”

Donato began coaching many of his starters when they were freshmen. Before high school, many of his players played together on town and club teams throughout elementary and middle school.

“We are such a close team, and that makes everything flow more during games. It also allows us to have a lot of fun during practices and causes us to compete harder because we want to win for the people next to us,” said Cimino. As the Raiders prepare for playoffs and upcoming games, focusing on a team mentality is more important than ever.

“We motivate each other through communication. The right attitude is key for a great team. We do not show our frustration and put others down if one of us makes a mistake, but use it as an opportunity to let our teammates know what they did wrong, and what to do for next time,” said returning varsity player, Danielle Cimino ’22. “We all try to keep positive no matter what, which keeps the energy alive, motivating us. We all do it for each other,” added Cimino.

The Raiders capitalize on their unparalleled chemistry, and the strong bonds between players allow them to trust each other on and off the ice.

“We do a lot of team bonding which builds a really strong connection between players. Every half day we have team lunches; we have team dinners; and sometimes we even have team breakfasts,” said player Kaitlin Braun ’22. “I think that because we have such a strong friendship with each other there is a really tight-knit relationship between all the players, which helps to create flow on the ice.”

Braun emphasizes the importance of being comfortable with teammates, as it is one of the most important parts of being on a sports team. The connections shared between players on any team at any level of play translates to the quality of the game, regardless of individual talent.

“All of the players are very dedicated to each other and are willing to do all the little things it takes to win a game. In short a group of teammates, not individuals,” Donato said. 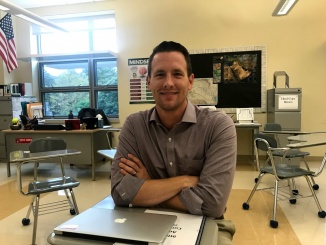 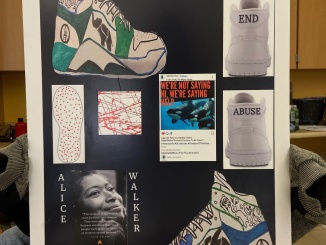 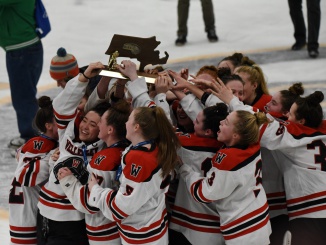