The last thing that comes to mind when hearing the name “powder puff” is an image of muddy girls racing down a field with their eyes set on nothing but a football. However, on Wednesday that will be the scene as the powder puff flag football team takes to the turf football field.

The tradition of the all girl flag football game began in the 1940’s, according to an article by the Wayland Student Press Network. This is likely where the name — a reference to the puff women used to powder their faces– arose as well. The need for an all girls game arose during World War Two as families returned home to watch homecoming games or Thanksgiving football but (since men were at war) there were not enough boys to play thus the girls acted as substitutes. An article in USA Today claims that the tradition began in the 1970’s in the wake of Title IX. It is likely that truth lies in both those explanations: the game began in the ’40’s and likely gained greater momentum in the ’70’s as there was greater push for women’s equality across the nation.

The Wellesley -Needham powder puff games most likely arose in the ’70’s. The tradition was well established by 1982, according to Gina Francis, a Wellesley parent who graduated in 1982 and played on Wellesley’s powder puff team her senior year. However, there is very little official documentation of the first games because they began as unofficial pick up games.

Today, police officers Kathy Poirier and Evan Rosenberg coach the team. Rosenberg explained that he assumed the role from another officer three years ago. “My philosophy has been to try to include every girl that comes out to the team. I think that’s the ultimate goal of the powder puff team — to foster a relationship between the police and students.”

Poirier and Rosenberg run practice by leading drills and plays. At the beginning of the training, they led exercises to evaluate athletes’ strengths and abilities for certain positions. After getting a feel for each girl’s strength, they assigned positions.

“Kathy and Evan do a really great job being inclusive and still pushing us,” said Isabelle Hartnett ’17, who plays safety on the powder puff team.

Police began coaching about ten years ago, according to Rosenberg. He explained that before the police became coaches, there was injury and rowdy, unruly behavior at the game.

“It was sort of a free for all — basically you just showed up if you were interested. The best way to describe it would be disorganized and dangerous,” explained Robyn Riseberg  ’89, who played powder puff as a senior. She explained that when she played, the football captains coached the informal game, which was hardly connected with school athletics. “It became this nasty, not safe or fun experience. People ultimately realized that this wasn’t really what the rivalry is about — it’s about kids playing hard not kids being nasty.”

However, over time those adversarial feelings have dried up, according to members of the team.

“It is kind of like a little family that we have,” said Javier Jackson ’18. Jackson, a former football player himself, helps Rosenberg and Poirier coach the team.

Hartnett echoed that this unique bond comes from the diverse group of girls the game draws. “It is a lot of fun interacting with senior girls I wouldn’t normally interact with,” she said.

Filippa Davidsson ’17 is a linebacker for the powder puff team.“I think it does get more people involved and more people with school spirit,” she said. “It gives people the opportunity to try out school sports. I have never played a school sport before, so it is fun for me to try this.”

Julia Francis ’17, who plays wide receiver, echoed Hartnett’s praise of the diverse skills on the team. She said: “Even if they’re not playing, there are a lot of people cheering and rooting us on who are just as important as the girls on the field and are just as much part of the team.”

However, for all the camaraderie on the team, the rivalry with Needham still remains a focal point of the game.

“Having played sports at the high school for the past four years, there is a big competitive aspect with Needham. There is always a great drive to play Needham,” said Hartnett

The drive to win is palpable, especially with Wellesley’s decade long losing streak against Needham in the powder puff game. “There is an attitude of ‘let’s turn this around’… we are sort of the underdogs here,” Hartnett said.

“Part of the fun is that it is THE Needham game. It is the high point of any game you play in the season,” explained Francis.

However, for the powder puff girls, the Needham game will be their only game. The girls’ two weeks of practicing everyday after school leads up to one afternoon game.

“It would be fun if there are multiple games; we could practice more and improve,” Davidsson said. “Our only game will be our first actual game, which is kind of sad.”

“Honestly, I want this to be a full season sport. What we do in two weeks could evolve into something much bigger. The girls love it. I feel like as soon as we do it, as soon as we come together, it is over,” said Jackson — and he is not alone in seeing the possibility for expanding this one girl’s game into an entire season.

However, for all the support in favor of a full season of girls flag football, not every girl on powder puff would be in favor of a season long team. “Personally, I wouldn’t give up my fall sport for powder puff,” said Francis, explaing that part of the game’s fun comes with the fact that it is the sole game.

The question of expanding the team to a season long sport brings up the questions of gender that powder puff carries with it: Is it a mark of equality to have an all girls football game? Or does it set women back that it is just the one game? Is the name ‘powder puff demeaning to women? Or does the space to play a male-dominated sport empower women?

For Gender and Sexuality teacher Stephanie Cacace, it is a bit of  both; there is empowerment in the game, but there is still room for improvement. “I think [the game] is a positive thing because it comes from a place of gender equality — or at least striving towards that. But, in an effort to make it seem less threatening, they package it up in certain stereotypical ideals about femininity.”

Fitness and health teacher Kathy Brophy echoed that. “Why does it have to be called Powder Puff? It could so easily be ‘flag football’,” she asked.

These discussions transcend the walls of Wellesley High School. In Wayland, student Alex Erdekian voiced her opinion on Wayland’s powder puff tradition that nearly mirror’s Wellesley’s. “Powderpuff games should just be called ‘flag football,’  plain and simple,” she wrote. “Unlike ‘powderpuff,’ this would label the sport as what it is without minimizing its dangers or degrading women.”

The girls will play at 1 p.m. Wednesday on the new turf football field. 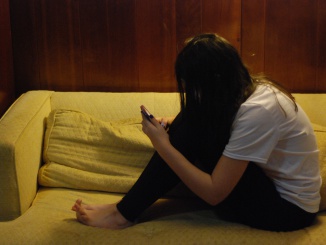 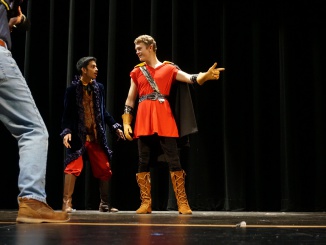