As a response to the racist incident that happened over the summer of 2016, the high school formed two One Wellesley groups, one for students and one for teachers, to combat racist attitudes in the community. Each group has continued to work throughout this school year to make changes at the high school.

The student group is advised by Adjustment Counselor Ms. Mary Howard and School Psychologist Ms. Jordana Matz, who describe their role as facilitators of discussion and ideas. The group is made up of about seven students who meet three Wednesdays each month.

At its formation, the group aimed to focus specifically on white-black issues, but Howard says the group’s mission has evolved to accommodate all members of the group.

“The student group has really evolved as kids have come and brought up issues that aren’t just about black-white racism, that have to do with other microaggressions or other uncomfortable situations. It’s become a place where all students’ voices can be heard and we can take action on them,” she said.

Student leader Emaan Tariq ’18 has appreciated this expansion of the group’s mission.

“The One Wellesley group has created such a safe space for me to come and talk about anything I hear in terms of microaggressions and offensive speech. It’s so amazing to have a place where I can just speak about all the things I hear and face in my day to day school life and get constructive feedback on how we stop this from continuing,” she said.

Of the many issues students discussed during the meetings, a main concern was the lack of representation for all students in the high school. The members have sought to combat this in two ways. First, they created a list of five holidays — Diwali, Holi, Ramadan, Eid al-Fitr, and the Chinese New Year — that they felt were under acknowledged and arranged to have them placed in the student handbook and faculty planner. Additionally, the students hope to have these holidays highlighted on the morning announcements next year.

Tariq ’18  believes this was the most important action the club took this year.

“Holidays are very important to people because they are a joyous and religious time, and when they are unrecognized by the school, it can be annoying just because it’s something so important to you that people don’t even know about. We wanted to add holidays so that we were being more inclusive to the school population,” she said.

Adjusting the cafeteria flags so that they represent the ethnicities of all students has been the second way the student group hopes to create a more inclusive community. Earlier this year, the group sent out a survey to advisories asking students to list the flags that would most accurately represent them.

“We have found 52 additional flags would have to be added to represent all the individuals at the high school,” Matz said.  “We’ve run into a few obstacles regarding how to do that exactly, but it’s still on our minds and we’re still trying to brainstorm how best to have everyone represented.”

The student group has also worked on a mural throughout the year that Matz described as a unifying activity. The mural will feature the most prominent words used in the ally statements that advisories created last school year arranged in a wordle. Words include “acceptance,” “respect,” and “empathy”. The students hope to complete the mural very soon.

While the student group has certainly focused on taking direct action to create a more inclusive community, the club has also served as a place for students to just talk.

“This year, there’s been a lot of conversations — really robust, and sometimes difficult conversations — where students are sharing their own experiences with us trying to guide them to figuring out how to use their frustration as fuel to create change,” Howard says.

A challenge that the group faces next year is maintaining membership, as many of the club’s members right now are seniors.

“I really believe there are students here who are bright and creative, who have ideas that they may not know are actionable, but we’d love the opportunity for them to find a place where they can be heard and implement change,” Howard says, expressing her desire to bring in new members next year.

Going forward, Tariq believes despite the progress made, the high school still has a lot of work to do to address issues of racism.

“I think the most important thing that needs to happen is introducing comfort in calling people out if they’re being ignorant, offensive, or racist. Whether that’s students or teachers, we all have to make sure that if we hear something wrong, we speak out about it instead of keeping quiet and allowing those people to say things that are either untrue or offensive,” she said.

The faculty group is led by Assistant Principal Mark Bender, who describes himself as an organizer for the group. “The natural structure [for clubs] is to have an administrator plan out when we’re going to have meetings and try to keep the group on a topic. I make sure all voices are heard and that we’re moving in a direction that is reflective of the interests of the group,” he said.

The faculty group is divided into two subgroups, the professional development group and the curriculum group.

Led by Howard and Matz, the professional development group is made of about seven teachers who put together a two hour training session in January for faculty and staff aimed towards promoting cultural proficiency among the staff.

Howard said that the topics students brought up in the student group helped them develop a more realistic and applicable training for teachers. The session included interactive activities as well as situations that were suggested by members of the One Wellesley student group.

The students “acted as our advisory board for what we did for the staff,” Howard said. “For me, that was one of the most valuable pieces about the training and it was really satisfying to be able to plan a staff training that we knew was directly coming from what kids had requested and felt a strong need for.”

Bender hopes to implement a similar session next year, while also utilizing information gathered from the survey seeking to study the cultural proficiency of the Wellesley community provided by the Kingston Bay Group which students, staff, and families took this fall.  Bender says the faculty group has gotten a preliminary look at the results of the survey and will take action on it through the professional development days.

In addition to focusing on increasing the cultural proficiency of faculty and staff, the faculty group is also focusing on educating students on issues of racism and bias, which is where the curriculum group comes in.

Led by Spanish teacher Señora Maria DiPietro and History teacher Crystal Bartels, who work with History teacher Ms. Lauren Colella and the technology department’s Ms. Ranjani Sriram, the curriculum group has developed a ten-day unit that will be implemented in the tenth grade Modern World History class next year.

DiPietro says the unit will go more in-depth on the subjects of racism, bias, and privilege then any other classes students may have taken up to this point in their education.

“In middle school, there’s a lot of dabbling on these issues,” DiPietro said. “Students are taught what racism is, what bias is and how it impacts certain groups, what privilege is, but we want to go a little deeper and push students a little harder to think about their own relationship to these topics. We want them to understand who they are and how their identify informs how they experience a certain context.”

Bartels and DiPietro say they have completed about eighty percent of the curriculum so far. While describing the unit, Bartels said that although every day will look different, the students will engage in individual reflection in the form of journaling and in class will be encouraged to listen to others’ experiences through group work and class discussion.

“The courses contain a lot of narrative of, ‘this is my experience this is what I live,’” DiPietro said. “So the practice of listening, particularly targeting students who aren’t experiencing what we’re looking to counter, will be emphasized.” DiPietro said the classes will present students with data and facts about these issues as well.

Taken together, Bartels and DiPietro hope that the processes of individual reflection and group discussions will inspire students to take action against the injustices they have learned about. DiPietro described three stages of understanding that they expect students to undergo throughout the unit.

“The first stage is understanding the material and thinking, ‘Oh, that’s not right,’ and going about your day,” she said. “The next level, is developing a critical lens for what you see. Like, if you’re watching an advertisement and you notice something and think: ‘That’s not right; that’s unfair, or that’s perpetuating something.’ And then there’s the third level, when you get towards the end of the unit, there’s more of, ‘Okay, what can I do with that now? How do I get active, how do I stop or interrupt this cycle?’”

The curriculum group developed most of the course material over the summer, DiPietro said. A lot of influence from the curriculum came from IDEAS (Initiatives for Developing Equity and Achievement for Students), a professional development organization that helps teachers get exposed to the types of topics they wish to educate their students about. Additionally, the group used readings, research, and data to develop the course, which has been reviewed by both administrators and teachers, including Dr. Chisum.

One of the biggest questions the group had coming into the school year was in which existing class they would implement the course. Although many departments were eager to house the curriculum they ultimately chose Modern World History because the theme of the course matched nicely with the lessons of their curriculum.

“One of the themes that we investigate throughout tenth grade history is the making of collective and/or individual identities,” Bartels said. “So it would be within that thematic lense that we’re looking this unit of identity, specifically individual identity, and that explains how [the unit] fits in.”

Both DiPietro and Bartels expressed pride that they were able to develop a curriculum so quickly, but know that it’s essential the curriculum is successfully implemented, which they say is their main goal for next year.

“Next year’s sophomores will be receiving this course, so the overarching goal would be providing support to those tenth grade teachers as they implement the curriculum,” Bartels said.

All in all, the One Wellesley groups have taken significant actions this year, both in addressing the culture at the school and the education of students, to combat the racist sentiments in society that made themselves evident in Wellesley almost two years ago.

The One Wellesley Student Group has been working on this mural throughout the year. Member Emaan Tariq ’18 says this accomplishment is the one she feels most proud about. “It’s so beautiful and it’s completely handmade which makes it even more special,” she said. 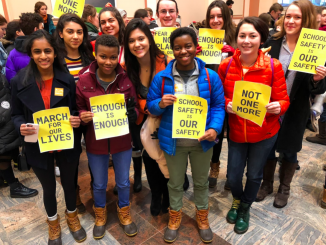 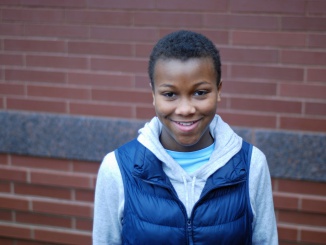 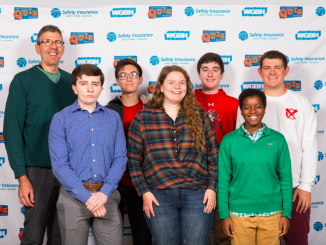