Out of over 100 teams that tried out for WGBH’s high school quiz show, only sixteen qualified for the televised competition. Wellesley High School’s quiz show team was one of those teams, and they will compete on the TV show to be aired in the spring.

The qualifying round, dubbed “Super Sunday”, took place on November 5 at WGBH studios. To prepare for the initial competition, captain Kate Dario ’18 took notes on previous episodes of the quiz show to determine the topics of the questions that would be asked. Then the team, which also includes Julia Chaffers ’18, Will Henshon ’19, Christopher Bonis ’19, and alternates Tyler Norris ’18 and Sebastian Sanchez ’21, decided who would be responsible for each category (math, history, current events, spelling, and more). Additionally, the team took general knowledge quizzes to practice answering questions as a team.

“The tricky thing about the quiz show is that it covers such a wide range of knowledge [so] studying isn’t always super effective,” Dario said.

Going into the qualifying round, Dario felt nervous but secure in her team member’s abilities. “I was pretty confident in the team because I felt like we covered a wide range of knowledge and abilities,” she said.

Because the team did not qualify last year, however, Dario knew that her team had to perform extremely well to make it to the next round. “Since we didn’t make the TV show last year, I was acutely aware of how stellar each team needs to be to make the quiz show so I was fearful we would just miss the cut off,” she said.

During the qualifying round, the team only missed five questions on the fifty question test, leaving Dario feeling confident about their chances. “Coming out, I felt great, [but] I felt like if we didn’t make it, I wouldn’t even be upset because we truly did the best we could,” she said. The team ended up making it comfortably, as they scored 900 points compared to the highest qualifying score of 965 points.

Now, the team must prepare for the TV show, which includes four rounds that consist of matchups with another team.

Dario knows that some teams will have an advantage over her’s in terms of experience, because no members of the Wellesley team have ever competed in the TV show. “We will [be] competing against some kids who are seniors who have been participating since they were freshman so they’ll just have that upper hand in familiarity,” she said, though she thinks adequate practice will help them overcome this weakness.

Despite her team’s relative inexperience, Dario feels that because her team members each have categories in which they excel, they will be able to rise to the challenge.

“Our strength is definitely our diversity of knowledge,” she said. “All of us brings unique set of expertise: Will is really great at math, Julia knows a lot about current events, Chris is a history buff, and I’m pretty up to date on pop culture,” she said. Because, as Dario says,

“The quiz show is more about the breadth of knowledge than the depth,” this strength will serve them well.

Dario hopes it will be enough to propel them through the opening round of the competition that will be taped January 21 and is open for high school students to attend. 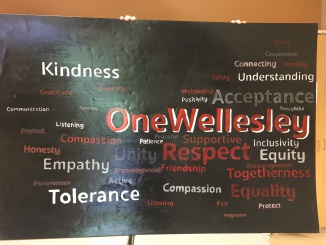 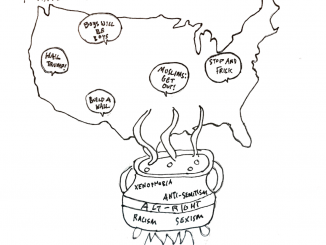 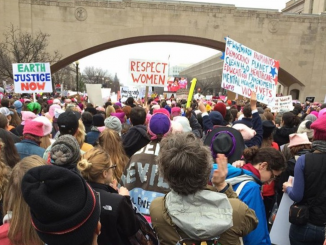 Wellesley joins millions to protest the election of Donald Trump