With the Fall Season 1’s start at the high school, coaches and directors are working hard to provide a safe and effective environment for their players in the midst of the COVID-19 pandemic.

The Massachusetts Interscholastic Athletic Association (MIAA) has set strict guidelines and regulations for sports this year. These new rules include maintaining six feet of distance between players and wearing a mask at all times. The sports included in the Fall Season 1 are girls and boys soccer, boys golf, girls and boys cross-country, field hockey, and girls swimming and diving. The sports in the Fall Season 2 are football, cheerleading, and girls volleyball.

Due to the pandemic, the responsibilities of coaches have grown. The coaches must implement regulations to keep players separated and safe.

Mr. Kenneth Bateman, coach of the high school’s varsity boys’ golf team, explains how his team was able to benefit from the challenges presented.

“I was looking forward to coaching this fall because I knew it was going to give the golfers a sense of normalcy. Knowing that golf was going to be a sport where athletes could play easily, Mr. Kelton and I agreed to take on more players than normal for the season, which has forced us to be creative with getting players in matches and finding enough space and tee ties for practice.” said Bateman

Ms. Cassandra Short, the high school’s head girls’ cross country coach, explains the challenges presented by COVID-19 have not been all negative.

“A general challenge would be that our season has been shortened to seven weeks. [Our meets] are not nearly as many competitive meets as we normally have. Something positive out of [the challenge] is just the fact that we’re able to have a season in some capacity,” said Short.

Practicing with masks on is a common difficulty for atheletes. However, varsity girls field hockey coach Ms. Erin Stickle explains how the team overcame that challenge.

“One challenge for players is wearing a mask, in addition to already wearing a mouthguard and protective goggles. We have worked hard on conditioning to get used to running with a mask on. The players have adapted well and continue to improve their endurance,” said Stickle.

Similarly, Short explains how the girls’ cross country team maintains a positive attitude regardless of the added regulations, making her job fun and easier.

“The runners are so positive and they’re just excited every day to come to practice and be in a team environment. They put in so much hard work, running is especially difficult when the season is shortened because you need to do training before you come into the season to be at a competitive level. They are just excited each day and it makes my job as a coach a lot easier, and also just a lot more fun,” said Short.

One difference for the high school varsity girls’ soccer team is the way they received tactics from their coach, Coach Bothe.

“I deliver tactics via google docs instead of talking in person. We are innovative about it all,” said Bothe.

One difference for all athletes is the restricted number of towns they are able to compete against. Fall athletes will only be competing against the Carey Division of the Bay State Conference, which includes Brookline, Natick, Newton North, and Needham.

“We have also only been allowed to play select teams in our league during the season, and we cannot play all of the teams in the bay state league. We also cannot play any teams outside of our league, nor can we play in an MIAA sanctioned event, such as a state championship,” said Bateman.

Fall games will not be able to have the regular audience as well.

“For Wellesley, it’s one family member per student athlete. No students allowed. [The information is all] on our website, as well on the high school website,” said athletics director Mr. John Brown.

Due to the uniquely shaped season, coaches are able to learn new aspects of their sport. Stickle explains how she learned that team sports create a healthy environment that is an essential part of a teenager’s life.

“I have learned that high school sports are very important for the mental health of teenagers. Even with the changes that we are facing this season, the players are excited to be together and on the field every day,” said Stickle.

Short hopes that the girls cross country team will be able to grow increasingly from the difficulties and experiences that came from COVID-19.

“I hope we can just look back on this unique season and see what we had to deal with the new regulations, and then grow from there and be even more excited and passionate about what the sport is and how you can’t take things for granted. We also have a very young team, we have a lot of freshmen and sophomores. So I’m excited to see what they can do in the coming seasons when we have, you know, more time to train and more competitive meets,” said Short.

Bothe adds how he is proud of the varsity girls’ soccer team, for creating a warm environment for underclassmen.

“I would like to add that I’m incredibly proud of this group. We have four freshmen, five sophomores, six juniors, five seniors. The group is welcoming and focused. We try to create something special at every practice and game — we are creating an experience for young people to thrive,” said Bothe. 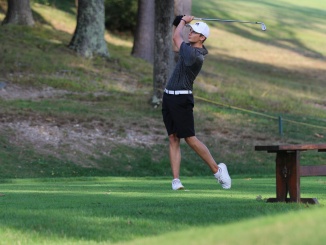 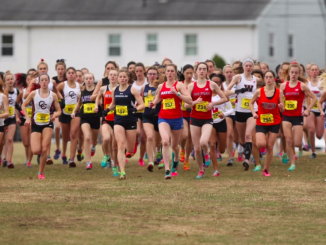 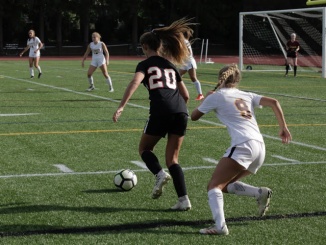