Wellesley sustainability is on the rise thanks to a few enterprising students and a newfound town commitment to going green.

Roche Bros. is sponsoring a new contest in the Wellesley High School Evolutions program in which students design reusable bags that will be sold in the Wellesley Roche Bros. supermarket. The project was proposed by the Wellesley National Resources Commission (NRC) in partnership with the Linden Square Group, a coalition of stores in the center of Wellesley.

The contest is in response to the new town-wide plastic bag ban in stores. The three winners of the contest will receive a $1000 grant from Roche Bros. and the Linden Square Group to donate to charities around Wellesley.

The students in Evolutions learned about the contest in early September and worked in pairs for weeks designing prototypes of the new bags. The students took their first prototypes to Linden Square to poll shoppers about their interest in the bags and to receive feedback on their designs.

The Evolutions team then held an internal vote and decided on three finalists. From there, the three pairs of students have spent the last few weeks editing their prototypes, which will appear on display in Roche Bros. on Friday, October 14. Roche Bros. will host voting in store to decide which bag shoppers want, and they will announce the winning design on Thursday, October 20.

“We’re really connected to our designs,” said Charlie King ’18, one of the finalists. “It’s really painful sometimes, editing it.”

Roche Bros. will own the final design, but they plan to sell the bags only in Wellesley. “They very much want it to represent Wellesley,” said Evolutions English teacher Mr. Thom Henes. “On [one] side of the bag there is going to be the Roche Bros. logo, the NRC logo, the Evolutions logo; we’re probably going to ask for the Wellesley High School logo as well, to show that this comes from the Evolutions program’s work, from these [students’] work.”

While the students recognize that a plastic bag ban will represent a major change for many people, they see this project as a way to raise awareness and as a representation of a shift in Wellesley’s attitude towards sustainability.

“Hopefully people remember to bring the reusable bags,” said Caroline Green ’18. “And that will help with the [absence] of the plastic bags.” 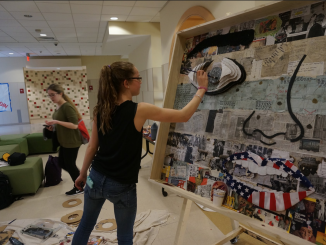 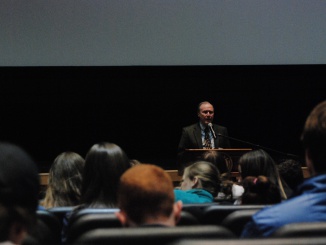 After Astley – breakup violence awareness in a post-tragedy world