In the early morning of June 12, tragedy struck the town community when a fatal car accident took the life of beloved Wellesley High School graduate Connor Darcey ’12. The accident, which occurred in the North End of Boston, also killed an unidentified 27-year-old man, and injured Wellesley High School graduate Harry James ’12, who is expected to recover.

During the school day of June 12, students and faculty alike converged in the auditorium to listen to Varsity lacrosse coach Rocky Batty discuss the legacy left by Darcey. Members of the high school community unified to mourn the loss of a man who acted as an inspiration for many current students.

In addition, the Guidance Department provided counseling, as students and faculty attempted to cope with the loss of a man who touched their lives in a multitude of ways.

Ranked as the 8th best goalie “On The Rise in High School Lacrosse” by ESPN during his senior year, Darcey is regarded as one of the most accomplished athletes in Wellesley High history. As family friend and Wellesley parent Mike Jennings told NECN, “Every kid in that program [Wellesley Youth Lacrosse] wants to be Connor Darcey.”

As a team captain, Darcey was vocal in his role, leading the team as they competed in the Bay State Conference. “He essentially coached the entire team from the net,” said Matt Bomes ’13, a former Wellesley lacrosse player. “He really knew how to be a leader and take positive control over his teammates.

After graduating in 2012, Darcey attended Pennsylvania State University where he started as Varsity lacrosse goalie. As a Penn State Nittany Lion, Darcey was named as a Big Ten All-Tournament Team honoree.

The weekend after Darcey’s passing, members of the town community showed up in droves to mourn the loss; the line for his wake stretched multiple blocks down Washington Street.

On June 14, the day prior to the funeral, the Wellesley Lacrosse program held a memorial game on the Sprague Elementary School turf fields. One notable moment of the game was Connor Darcey’s younger brother Teddy Darcey ’18 playing goalie. Teddy started in net this past season when Varsity captain Tim Rahill ’15 was sidelined for injury.

Days later, on June 16, the Boston Red Sox honored Darcey, who was supposed to start an internship with the baseball organization starting June 15. Darcey’s picture appeared on the center field scoreboard (seen in photo above), eliciting a moment of silence from the crowd. “Connor is dominating the stadium at the moment and will live forever,” said Glen Magpiong, Darcey’s former Varsity basketball coach, and current girls Varsity coach.

Beyond his achievements on the field, however, Darcey was known as a great friend, an incredible family member, and someone who brought a lot to the high school community.

Whether the attendees were Darcey’s Penn State or Wellesley teammates, friends or family, the Sprague turf was packed with those who had been graced by Darcey’s unforgettable presence. “It was incredible to see how many lives he touched and how many people had individual relationships with him to the point where everyone has countless memories and stories of his hilarious, unique, and outgoing personality,” said Bomes.

During his 21 years on Earth, Darcey brought a unique energy to those around him. “He was always there to make something positive of it,” said Bomes. “He was always happy and positive in any situation and brought laughter to everyone.”

A specific memory many will have of Darcey is his contagious laugh. “He (Darcey) had the best laugh of any person I’ve ever known,” said Matt Dziama ’14, who played Varsity lacrosse under Darcey’s leadership. “It was impossible to be in a bad mood around Connor because he had a larger than life personality that made everyone else around him smile.”

During the funeral, Teddy Darcey harkened back to a phrase Connor used to say: “Don’t Pull Your Goalie.” It is that type of humor and good nature that will be remembered by Darcey’s friends and family long after his achievements on the field are forgotten.

In looking back upon his life, members of the high school community reminisce upon not only his outstanding athletic career, but also the incredible man Darcey was beyond the crease. 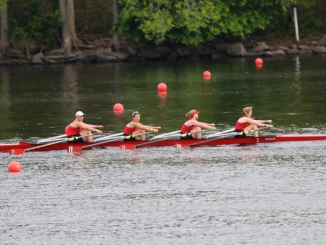 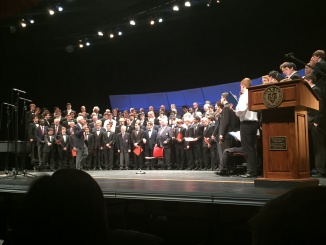