Saying that the high school boys’ cross country team was good last year would be an understatement. The 2015 edition of the team, led by state champion Thomas D’Anieri ‘16, who now competes at Claremont-Mckenna College in Claremont, California, crushed the competition on its way to an undefeated regular season, a rivalry victory over Needham that gave them the title Bay State Conference Regular Season Champions, a BSC Conference Meet Championship, an MIAA Division-2 Cross Country State Championship and a respectable 5th place finish among the six divisions at the MIAA All-State Championship.

Last year’s team wasn’t merely good; it was on the brink of greatness.

After last year’s success, Milesplit.com picked Wellesley to repeat as the D2 champions and as a frontrunner for the All-State Championship despite the void left by D’Anieri, who coach Tim Broe admits is not replacable. “You can never replace anyone; you certainly cannot replace a State Champion,” said Broe. “But as much fun it was winning the state championship last year, the depth that we have is unparalleled to anything [the team] has ever seen.”

Despite knowing how much depth the team would have this season, as it grew to 64 runners from 49 last year, even Broe has been surprised each week with the progression and success of all the athletes, including Thomas Weiss ’18. “Weiss never ceases to impress me; his level of concentration when he races is astounding,” Broe said while naming a list of breakout stars that included Jamieson O’Neil ’18, Max Perozek ’18, and Sam Steen ’18, who Broe said is having, “an unbelievable year.”

In addition, Broe cited the strong leadership from captains Ben Matejka ’17, Sam Gilman ’17, Jamie Mazzola ’17, and Tommy Williams ’17 as well as the hard work of every guy on the team as reasons for their success.

After winning the Frank Kelley Invitational, which was the first time the boys’ cross country team had won an invite, the team felt confident going into the Twilight Invite which, Broe said is “one of the biggest cross country invites in New England, and certainly the biggest in Massachusetts.”

Winning the Twilight, however, was going to be tough due to the strong competition at the race which included St. John’s of Shrewsbury High School and Lowell High School, two of the top cross-country team’s in the state. Although the team knew that the competition would be tough, Matejka said prior to the race, “We know that we can win. This will be a real preview for the State Championships in November.”

When all was said and done, Wellesley did come out on top, due in part to the fact that four of the top five runners, Matejka, Gilman, Weiss, and Matt Cervon ’18, broke the 16 minute barrier with Mazzola finishing just over in 16:04. Matejka, Weiss, and Gilman finished in 6th, 7th, and 8th place, respectively, while Cervon barely missed the top 10 with an 11th place finish and Mazzola rounding out the top 15.

Weiss credited the training atmosphere as the reason for the team’s success as he said, “The amount of training that we have done together really makes racing much easier because we know how fast we need to run and who we should be running with.”

After claiming victory at the Twilight Invitational, Wellesley finished their undefeated regular season as the Bay State Conference regular season champions at 11-0 with a win against rival Needham High School.

In addition to leaving with a victory, Wellesley left a permanent mark on Needham’s home course as Matejka raced his way to a new course record in 15:48 for the 5 kilometer race in his final dual meet as a member of the team.  .

The team’s success in the regular season has carried over into the postseason thus far as Wellesley claimed victory at the Bay State Conference Championship at Coakley Middle School in Norwood on October 29 at the Varsity and Junior Varsity levels. The JV team swept the top three spots in the JV 5k race with Luke Collins ’19, winning in 16 minutes and 41 seconds, just ahead of Zach Barry ’20 and Luke Cohen-Abeles ’19, who finished in 16:43 and 16:47, respectively.

The varsity program followed up the JV team’s stellar performance by winning the morning’s highly anticipated Varsity 5k. The team was led by Matejka who finished in 3rd place with a personal best of 15:22, but it was the depth of the team that gave them the victory as Weiss, Gilman, and Cervon finished in 5th, 6th, and 7th while Mazzola and O’Neil just missed the top 10 by finishing in 11th and 12th place.

The team hopes to continue their tear of success at the EMass Divisional Championships in Wrentham on November 12 and finally at the MIAA All-State Championships on November 19 where Wellesley will look to improve on last year’s 5th place finish as they battle the defending champions, Lowell High School, and reigning runner up, St. John’s of Shrewsbury, who will both be looking for revenge after falling to Wellesley at the Twilight Invite.

Although Broe said that the team tries not to focus on the huge overarching goals, like becoming the All-State Champions, Weiss acknowledged that winning that meet is the team’s main goal, saying it is, “definitely possible because of the team’s recent success at the Twilight Invitational which really boosted our confidence in the ability that we have to run relative to the other top teams in the state.” 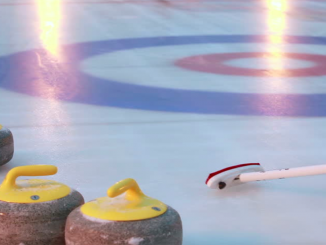 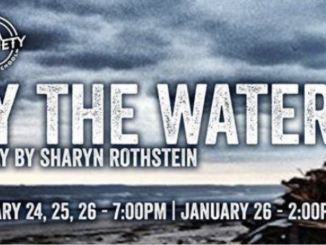 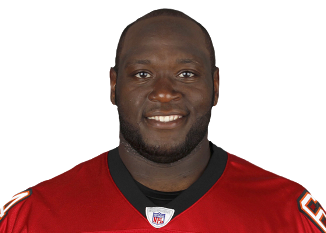 Claiborne, former NFL player, returns to the gridiron to follow his passions