Justin Lindquist ’19 sizes up for the pitch. He is currently taking practice swings in the gym, preparing for the baseball season ahead. Baseball is in the air at the high school.

For Lindquist, this year has been similar to the years beforehand.

“I have worked all winter at indoor facilities, as well as lifting. The routine has worked for me, and gets me and the team ready for the rest of the year,” Lindquist said.

The varsity team, who appeared in last year’s state championship, is prepared to make a return to the tournament. With many returning varsity players, the team is coming back for vengeance.

“We are just working to do everything in our power to be the best we can this year,” said Lindquist. “We have a lot of kids returning and good chemistry, so we are hoping to follow up with a strong year.”

“We had a great run in the playoffs last year, but coming up a game short, we have some unfinished business to take care of,” said Tommy Lieberman ’18. “We hope to be right back at Holy Cross this year playing for the State Championship, but we are going to take it one pitch, one play, and one game at a time.”

For head coach Rob Kane, the expectations remain the same.

“The idea is to get better everyday, win the Bay State Conference, and the State Championship. We have some new faces to help us and we have many returning guys. Having everyone on the same page will lead to success.  Last year it took some time to figure things out,” Kane said.

Kane continued to applaud the team’s veteran leadership, which he considered as the team’s largest strength as he enters the year.

“Experience is a key in any sport,” said Kane. “Having the experience of playing in some big games last June will hopefully help us this year.

Lieberman however, pointed to the team’s pitching as the team’s biggest strength.

“We have a couple really good arms, such as that can carry us through the season and the playoffs.”

And Lieberman certainly has a point. With pitchers Henry Weycker ’19, Jay Driver ’20, and Michael Kenney ’19 among others, the team is expected to have a deep amount of spectacular pitchers.

An important shift that took place over the offseason is the Bay State Conference shifting from wooden bats to metal ones. However, the team agrees that the rule change will help the team.

“It definitely is an adjustment but I think that it is for the better,” said Lindquist. “Every year when we played non conference games, we had the chance to use metal bats, and every postseason we used metal bats. I think using metal this year will give us more consistency with our hitting, because we don’t have to adjust at the end of the season, and metal gives you an advantage at the plate as a hitter.”

“We played ten games last year with metal bats and the scores varied,” said Coach Kane.  “When you face a tough pitcher, you expect scoring and hitting will be down. In other cases, scoring and stats will be inflated.  So I would think you will likely see in a difference in overall statistics when all is said and done.” 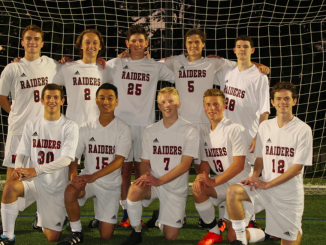 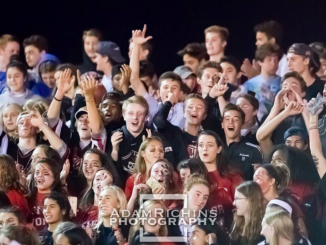 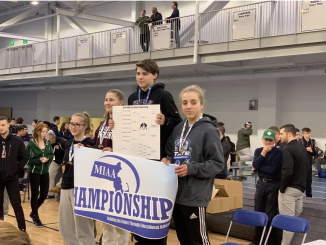