Dannea Reali dances professionally for many different groups such as the Women’s National Basketball Association Connecticut Sun team and the Major League Lacrosse Boston Cannons and teaches at LINX dance studio. For Cavallo, 2018 was her first year with the WHS dance team. Cavallo dances professionally for the Boston Cannons and is a dance teacher at Jacquelyn’s Dance Academy.

As dancers themselves, but also as instructors of high school dancers, these women have been able to witness how the teamwork and growth of each dancer combined with new achievements every day. An important aspect of this team was their teamwork and their ability to work together.

“I was so impressed with how well the team meshed together this year,” said Reali. “Their chemistry was incredible and that is not always the case on a team.”

“If we had to describe the dance team in one word it would be spirited or inclusive,” said Captains Maddie Schultz and Isabella Reeve. “Everyone on the team is always very enthusiastic and it is a great community to be a part of.”

Cavallo was soon amazed by the vast capability of the team and their hard work both in and outside of the studio.

“This was my first year coaching this team and I was so impressed with the level of talent and professionalism these girls exude,” she said. “I am so excited to see how they continue to progress as a group next year. The sky’s the limit for this group”

Although the hard work of every member was praised, both coaches gave special thanks to this year’s captains, Maddie Schultz ’19 and Isabella Reeve ’19 for their commitment and leadership in the team.

“All of the girls bring their own personalities and qualities to the team,” said Cavallo, “but I am very proud of our two captains this year — Isabella Reeve and Maddie Schultz. They were fabulous leaders and I could see that through how much they cared about every girl on the team.”

Reeve joined the dance team in her freshman year, and Schultz joined during her sophomore year.

“We originally joined dance team because it was the perfect opportunity to use our love of dance while getting involved in the school community,” said Schultz and Reeve. “Being captains of the dance team has helped us grow as leaders and has taught us valuable lessons about tackling challenges head on.”

As the season came to an end, Reali and Cavallo looked back at the season with pride and hope.

“Next year I am hoping for a big turnout at tryouts. I would love to see what talent WHS has to offer. Whether you are an incoming freshman, or a rising senior, please come show us what you got,” said Reali. “This team all works towards the same goal, so if you have a passion to dance and work hard, we will see you at winter tryouts.” 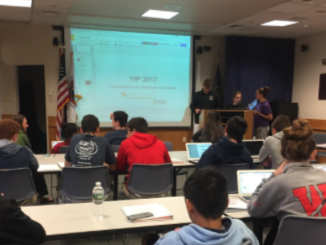 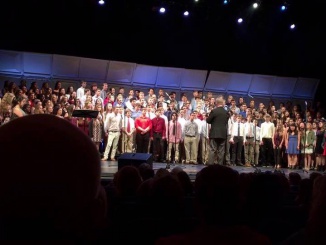 Acatober anticipates celebration of singing and a sellout crowd 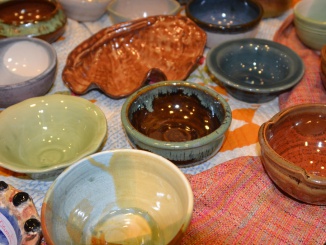 Filling the empty bowls of those around the world