There are some words that white people are better off never using. You can explain your way out of a couple things, but never the “n-word” or its variations. No matter your intent, use of the n-word will be perceived as offensive, and you will be perceived as a piece of trash.

Even David Simon, creator of HBO’s The Wire, cannot escape punishment. Simon, the white journalist who exposed America’s failed war on drugs and its subsequent impact on inner city black folk by spending years investigating impoverished urban communities, is not immune to criticism. After using “n–a” in a satirical tweet  that mocked Donald Trump’s ignorance of race relations, he was relentlessly chastised by the tweeting public.

Here in Wellesley, we witnessed racially charged use of the n-word on social media. The white perpetrators used slurs and stereotypes with intent to harm. There is no defense for that, and calling it a “joke” provides no escape from consequence. Despite how archaic these behaviors may seem, they are unfortunately still around in places we would not expect them to be.

More common, however, is the more casual use of the n-word. We hear it in music, on television, and even in the popular internet phrase, “really n–a?”

Simon tried to explain why he thought his casual and comedic use of the word was appropriate, but those upset by his words rejected his defense. Simon angered a lot of people, and he paid for it with his reputation

With the history of slavery, Jim Crow, and racism attached to the n-word, it will never sound proper rolling out of a white mouth, or typed into an online message by white fingers.

My message is simple. To all those young and blissfully innocent white fellas who enjoy saying “n–a”: your excuses, reasoning, or defense will never be good enough. You know it is a bad word. If David Simon cannot get away with it, neither can you. 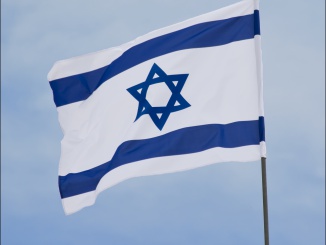 Israel finds its own place in Wellesley

Political correctness gone rogue and why it must be stopped