With the 2016 presidential election cycle well underway, the Wellesley High School community has localized the election in a number of ways, bringing important topics of discussion to the school and greater Wellesley community.

“Our senior project consists of two parts,” said Lieberman. “The first is that we are going into eighth grade homerooms at Wellesley Middle School and talking to them about the election process and specifically the election this year.”

Lieberman hopes that, with these homeroom presentations, he and Doe can “peak the interests of eighth grade students, so that when they come to the high school, they can come politically active and engaged in informed discussion among their peers.”

Lieberman continued on to explain the latter portion of their project:  “The second part is that we are publishing weekly election updates on The Bradford’s online website, to synthesize the existing information and news surrounding the election, and to inform people about what is happening in the 2016 election.”

For their weekly online election updates, Lieberman and Doe “draw upon various mainstream news sources to bring a simple and concise explanation of some of the main topics in that past week,” said Lieberman. “We do this so that our readers can keep up with the election without having to sift through all of the confusing and long-winded explanations of this election cycle,” he said.

“Our main goal of the weekly election online updates is to give members of the Wellesley High community as well as members of the internet community the opportunity to learn about the main news in the election in the past week in a concise manner,” said Lieberman.

“The primary goal of the class is for students to be able to navigate the political world with the knowledge they need to make informed decisions as voters and citizens,” said Shapero. “I want students to be able to gauge the health of their democracy over the course of their lives, which may inspire them to become political and social activists.”

Shapero expanded upon what the class will look like next year: “Students will learn the ins and outs of American presidential elections. The course approaches the election from a few different angles: how the elections actually work, the extent to which individual Americans truly have a voice in the election process, how campaigns are run, and why voters vote for one candidate over the other,” said Shapero. “We will also stay up to date on current events as they relate to the election.”

The course will also involve students in the election process beyond the classroom. Shapero notes, “On election day, we will be out in Boston and Wellesley conducting exit polls that we will analyze to make arguments about voting demographics and patterns. In the 2012 election we polled over 1,000 voters, so I’m really excited to see what we can do this year,” she said.

The existence of such a course is important to Shapero, who argues for the significance of politics in students’ lives as students become part of the American democratic process. “I think it is essential for a course like this to be offered in every high school,” she said.

Shapero continued: “Schools have a civic responsibility to educate their students so that they can become informed, responsible participants in our democratic system. Especially at a time when young people are becoming increasingly cynical, this course will help students understand how to exercise their power as citizens of the United States,” she said. 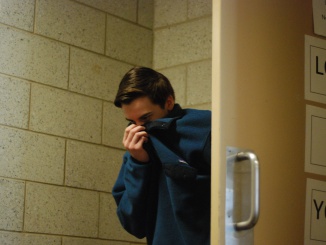 SATIRE: Joke to reality: “It smells like something died in here”